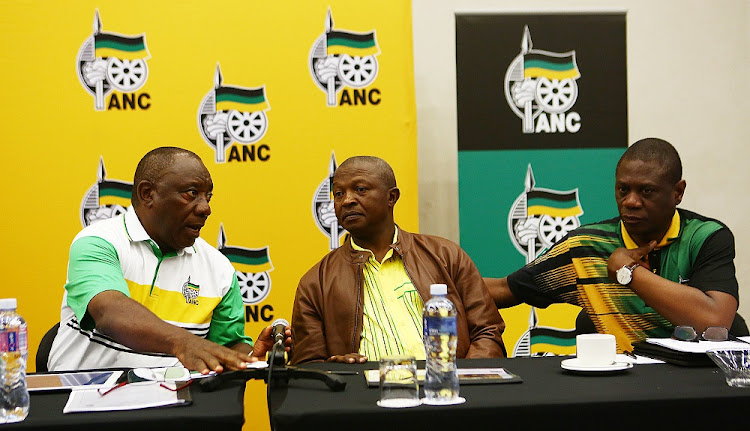 It would be the stuff of Vera were it not such a serious matter.

I am talking about a report in yesterday's Sunday Times that some leaders of the ANC are "intimidated" by former president Jacob Zuma attending party meetings as an ex-officio member of its national executive.

The ANC faithful would have us all believe that the party, and not the government we elect every five years, is the centre of power.

The party's deployees in government merely carry out the decisions and wishes of the ANC since it is the former liberation movement, and not its individual candidates, who win elections.

Problematic as this logic would be with most liberal-leaning thinkers, it is not unique to the ANC. There are many ruling parties in the world, especially those with links to the broad leftist movement, who see themselves as the source from which the elected government's authority is derived.

However, one of the problems in the South African case is that the ANC demands this role for itself without insisting that those of its leaders who wield such power have the necessary acumen, skill and courage to do so.

The ANC's national executive committee (NEC), the party constitution states, is the highest decision-making body between conferences. It wields enormous power. So much so, as we saw in 2008 and again early this year, that it can force a head of state to resign.

Yet the calibre of people who get elected into the NEC is not given enough attention and scrutiny.

Which brings me back to yesterday's story. According to the newspaper, some NEC members have spoken anonymously to it about their uneasiness with Zuma's presence in all their meetings.

"He does not [contribute during discussions]. That's what worries us. He just sits there and doesn't open his mouth... He sits there in the back and watches," complained one NEC member to the paper.

"It becomes awkward... you end up questioning, what is the guy really doing? Some people see it as some kind of intimidation of some sort," the NEC member added.

While Zuma does seem to have taken the "ex-officio member" status to the extreme (it often means a former leader can pop in at meetings now and again, and not necessarily every time the committee meets), what is most troubling is the cowardly conduct of these NEC members.

Have any of them raised this concern during the NEC meetings that have taken place since Zuma stepped down as party president in December? Seemingly not. What are they scared of?

It is not like he can fire them from their ministerial and other government posts for speaking out like he used to be able to do when he was in charge.

He is a spent force and can't do anything to them. Unless, of course, they have "smallanyana skeletons" and fear that what they say at the NEC meetings may irritate him so much that he'd start talking, as he has often threatened.

But Zuma's threat are not new and those who have followed his political career closely would tell you he has been threatening to "reveal" embarrassing secrets of his opponents in the ANC ever since his erstwhile friend got into trouble with the law in 2003. He has never delivered on the threat.

Smallanyana skeletons or not, it is troubling that the fate of our country is indirectly in the hands of a few spineless politicians who cannot tell a retired old man to his face that he is better off tending his cattle in Nkandla than attending every NEC meeting.

If the "centre of power" is so weak and cowardly that it needs Mzekezeke masks to talk to Zuma, how can we expect it to give us a strong government?