Bad boy Old John Mabizela to bare all in book 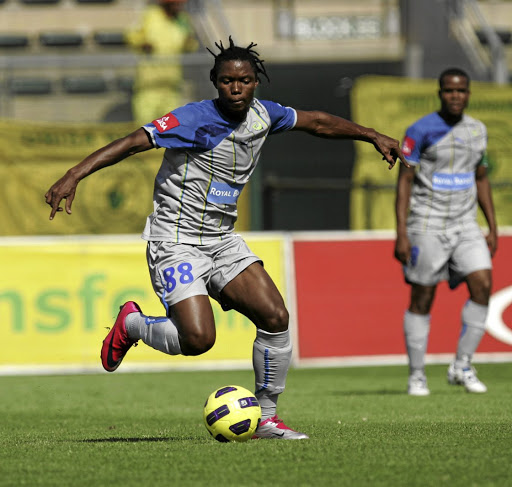 Mbulelo Mabizela will tell all in book.

He was infamous for absconding for days without a trace, misusing lifelines he'd been given, and was generally regarded as a miscreant in any dressing room.

But now Mbulelo Mabizela wants to explain everything - in a tell-all autobiograhy. His troubled career took him from the obscurity of Maritzburg City to the heights of Tottenham Hotspur, and then back to the doldrums of National First Division football.

"Nobody knows why all these teams I played for eventually fired me," the former Bafana Bafana skipper said.

"I'm going to give my full account (in the book). It must empower everyone. It should be a compulsory read to aspirant footballers, who must never repeat my mistakes," he said.

Those mistakes, according to Mabizela, include drunkenness and extreme womanising which often led to him missing crucial camps.

"Most people don't know I once left a Bafana camp without permission. But (then coach) Stuart Baxter allowed me back into the team and actually played me. I will always be thankful to chances I've been given, but I know I could have done things differently."

Mabizela, now 37, played for no fewer than 12 teams in a 15-year career that began promisingly when he was scouted by Spurs following his stellar performance in a pre-season friendly for Orlando Pirates against the London side.

"Throughout my career, I have always had the luck of needing just one match to make an impression. Pirates saw me play for Maritzburg City just once, and after the game, they offered me a contract. It was the same with Tottenham. They played against us in the pre-season Vodacom Challenge (in 2003) and signed me promptly. But the main reason why I left them will be revealed in the book," Mabizela said.

The man nicknamed Old John will also cover the controversial subject of players' lifestyles, which include philandering and drugs, which saw him banned for six months after traces of dagga were found in his urine samples while playing for Mamelodi Sundowns in 2007.

Mabizela will also release a TV documentary where he talks about his life and why, when he returned from an unsuccessful spell abroad, he opted to join Sundowns instead of Pirates, whom he captained to championship glory in 2002/03 aged just 21.