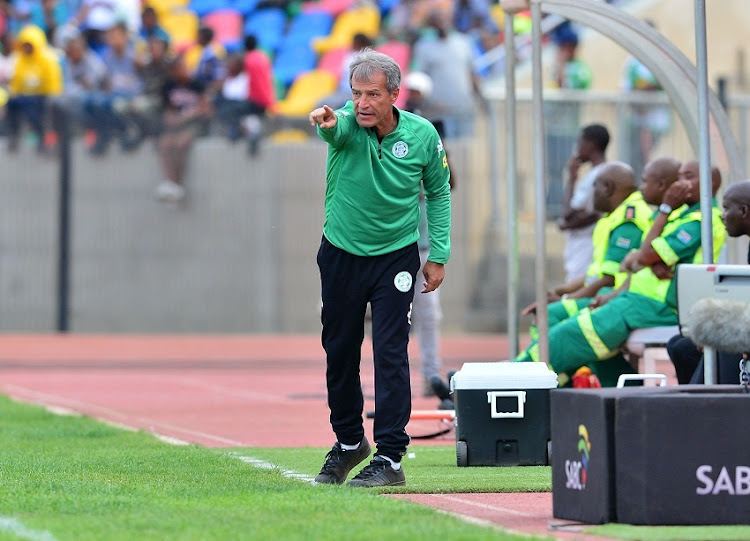 Bloemfontein Celtic’s deepening troubles grew larger on Thursday after it was confirmed that Serbian coach Veselin Jelusic has left the club.

Financial woes have plunged the future of the team into doubt‚ with owner Max Tshabalala admitting he is looking for a buyer‚ preferably from Bloemfontein.

And he will now be looking for a new coach too after Jelusic’s exit was confirmed‚ with the coach suggesting he has still not been paid his full salary for the previous three months.

“The employment agreement between Bloemfontein Celtic and myself has been terminated for the reason known to the club‚” a statement from Jelusic read.

“Herewith I use this opportunity to thank the club‚ the players‚ technical team‚ management‚ sponsors and especially the supporters for the time that I have spent with them. I wish them all the best in their future endeavours.”

Celtic will start their pre-season training on June 20 and it now seems likely that assistant coach Lehlohonolo Seema will be back in charge after playing a lengthy caretaker role in the 2016/17 season.

That was before the arrival of Jelusic‚ who took the club from relegation candidates to the brink of the top eight last season‚ though they eventually fell just a point short of a top half place.

He won the Absa Premiership Coach of the Month award for October and was hailed by the club for his training methods and the stability he brought to the team.

Jelusic previously coached InterClube in Angola and then the national team and later moved to Botswana where he was also national team coach and then spent five years working on developing the country’s youth structures‚ being credited with being behind the leap in competitiveness that the country has shown over the last decade.

He was the university professor of Orlando Pirates coach Micho Sredojevic in Belgrade and remains a firm friend of the Buccaneers tactician.