Melinda Kgadiete's passion for football is in the genes 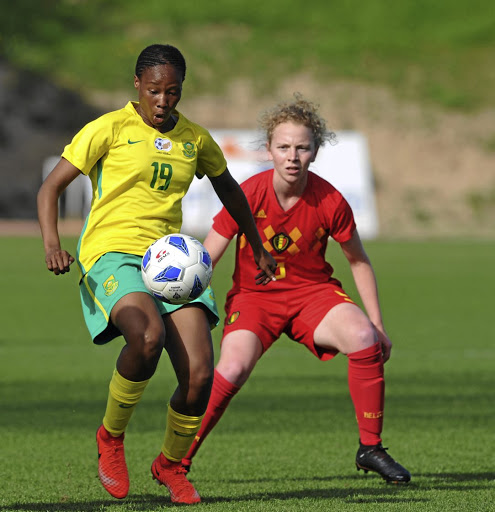 Bloemfontein Celtic Ladies and Banyana Banyana attacking-midfielder Melinda Kgadiete's love for football was ignited when she mucked about with her father's soccer balls, mimicking her dad Ezekiel Kgadiete who played for Moroka Swallows in the early '90s.

Having inherited her father's football gift, the younger Kgadiete's dream is to make the old man proud by achieving things that looked improbable at the time he was playing for the now defunct Dube Birds.

"My father had many soccer balls at home, I used to play with them. I liked to do everything he was doing, that's where my football passion was ignited.

"He played for Swallows but did not get a chance to play for the national team. So I want to make him proud by reaching the heights he never reached," Kgadiete said.

"My father is so proud that I am already in the Banyana team. He is so supportive. Even my mother encourages me to work hard harder. I want to play overseas in the next couple of years."

Kgadiete, 26, is a natural creative midfielder but Banyana mentor Desiree Ellis prefers to utilise her as a centre-forward.

The Celtic Ladies attacker is expected to spearhead Banyana's attack when they face Lesotho in the Africa Women's Cup of Nations second round qualifier at Maseru's Setsoto Stadium today at 3pm.

"This position is new to me, but my teammates and the coach have shown faith in me. I think it's just a matter of time before I score my first Banyana goal, but my main goal is to help the team qualify for Africa Women's Cup of Nations," noted the lass from Mdantsane in the Eastern Cape.