Botswana players now on the radar of PSL clubs 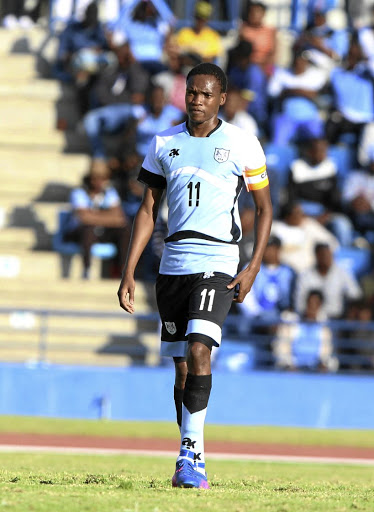 From having just four players in the PSL, Botswana could boast as many as 10 in South Africa's top flight in the 2018/19 campaign.

With the input of Botswana Gazette sports writer Letlhogile Mpuang, we look at some of his compatriots who have either had their transfers to the PSL confirmed or are likely to end up here next season.

He's just signed a three-year deal with the Chilli Boys. He has a gifted left foot and an eye for goal. That he finished as the league's top goal scorer with 20 goals, especially as an attacking midfielder, speaks volumes. He became one of the most expensive players in Botswana's Premier League last season.

Seakanyeng is also on a three-year deal with Chippa and also comes from Gaborone United. His biggest strength is pace and skill and also an eye for goal. He has been a regular for the national team since he was about 21. He is also versatile. He can play as an attacking midfield, left and right wing.

The goalie is linked with a move to Highlands Park. Though not first choice at Rollers, Masule has proven to be reliable when called upon. He is one of the few goalkeepers in Botswana that have won the player of the season award.

He is gifted with pace and does some blistering running down the left flank. He can also slot in as a left-wing back. Kebaikanye is rumoured to be on Golden Arrows' radar.

Many say he is the best left-back in Botswana. Ramoroka is blessed with power, pace and the ability to play in brilliant crosses down his flank. Highlands Park are apparently interested in him.

A regular at club level, Thatanyane captains Botswana's U20 side. He is skillful and can also chip in with a few goals. SuperSport United are said to be after him.

He is on loan at Orapa United from DR Congo side, AS Vita. Golden Arrows have apparently made an official enquiry, but Baroka are also said to be interested.