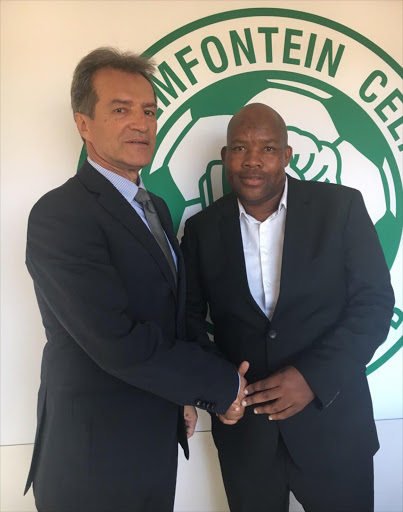 Calm has been restored in Mangaung after riots broke out when reports emerged that Bloemfontein Celtic was sold to a Northern Cape businessman for R60-million.

Fans took to the streets, burning tyres and blockading roads during last week's protest. The management went into damage control and assured Phunya Sele Sele die-hards that the reports were false. But uncertainty remains as the club is still up for sale.

The local government was also engaged to try come up with ways to keep the club in Mangaung.

Club boss Max Tshabalala insisted he was not so reckless to sell the club to someone who would destroy its history.

The club has contributed to the growth of the Macufe Festival, the annual soccer tournament, music and cultural jamboree.

"All of this has been taken in consideration. As I said before, I have three offers for the club but I am yet to sell to anyone because I want what's best for Celtic and the supporters."

As Tshabalala waits for a local to buy the club, the last resort would be to accept an offer from outside the province.

According to our sources, it appears that it is a buyer from Gauteng and not from Kimberley who is the front runner.

Bloemfontein Celtic owner Max Tshabalala is to continue his bid to find a local buyer for the ailing club when he meets with Mangaung Metro Executive ...
Sport
4 years ago
Next Article