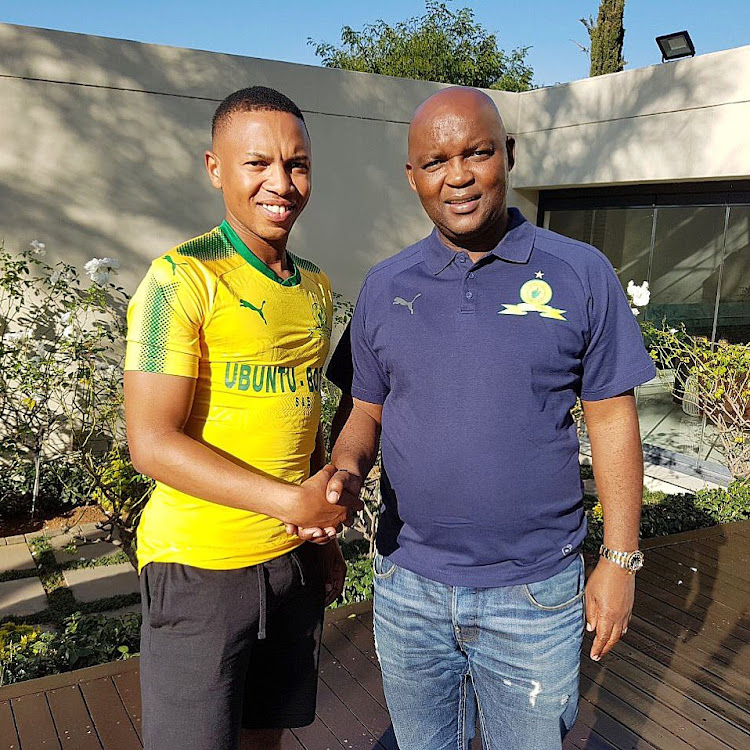 Andile Jali is relieved to have finally put pen-to-paper to sign a five-year contract with Mamelodi Sundowns and end the speculations that surrounded his next destination.
Image: SUNDOWNS/TWITTER

Bafana Bafana coach Stuart Baxter hopes that Andile Jali comes back to the Premier Soccer League (PSL) with the right attitude‚ showing what he has learned in just over four years playing in Belgium.

Baxter noted that players returning from Europe can go two ways – either impressing‚ or struggling to adapt back to the PSL.

He said he hopes Bafana central midfielder Jali‚ who signed for Mamelodi Sundowns last week after his contract was terminated with Belgian club KV Oostende in April‚ displays the latter.

“When players come back from abroad‚ there are two scenarios‚” Baxter said.

“One is they come back and they show everybody in South Africa why they were one of the players playing abroad.

“Or they come back and they think that the South African league is not good enough for them.

“And I’m hoping that Andile will come back and show everybody why he was abroad with his attitude and his contribution to the league here.”

Jali joined Oostende from Orlando Pirates in January 2014. He spent four successful seasons in Belgium‚ before a desire to return to South Africa saw the 28-year-old join Sundowns ahead of the PSL 2018-19 season.