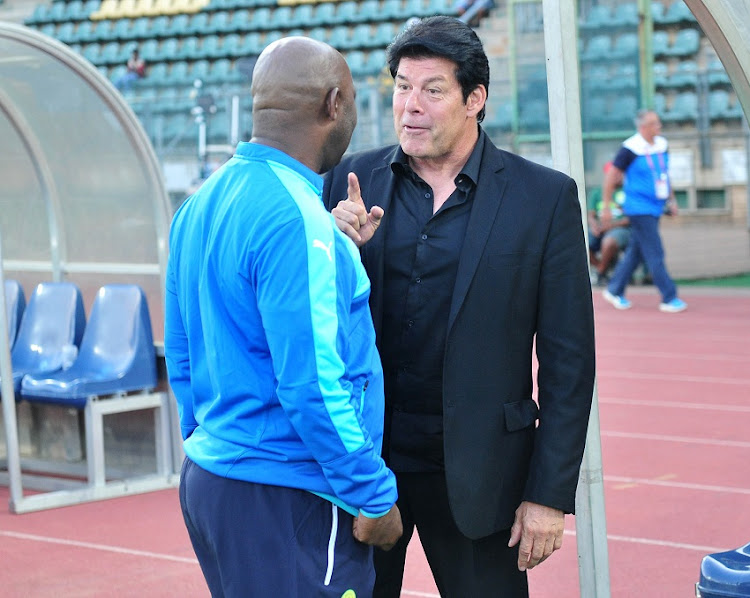 Barcelona have been brought to South Africa at great cost to compete in the Mandela Centenary Cup friendly (kickoff 6.15pm) in front of a sold-out 78 800 crowd at FNB.

Eymael‚ one of the highest qualified coaches in South Africa‚ whose Stars faced Sundowns twice on their way to concluding their 2017-18 Absa Premiership season in sixth place with a defeat against Orlando Pirates this past weekend‚ believes Downs can match Barcelona blow for blow.

The Belgian coach cautioned that not too much should be read into the result of a friendly match‚ particularly with Barca only arriving on Wednesday morning.

But Eymael said even a friendly game against some of the world's best stars‚ including Lionel Messi and Luis Suarez‚ would be of value for Sundowns‚ especially in their preparations for the resumption of Downs' Caf Champions League group stage campaign against Horoya in Guinea on Tuesday‚ May 22.

"For Sundowns it certainly is a place to show everybody what they can do at a good level‚" Eymael said.

"Sundowns play nice soccer‚ a good ball possession game‚ a bit like Barcelona. They will be up against more experienced players.

"It depends on which players the Barca coach uses - I'm sure he will do some rotation of players.

"It will be a very good experience for the Sundowns players‚ because after that they will play in the Champions League.

"And nobody can take away the experience that you can gain in these high level games. It will help their players for playing in the national team‚ in the Champions League and in the league.

"You know‚ so many times you will hear [Downs coach] Pitso [Mosimane] saying‚ 'Ah‚ we knew that we would win because we are used to these games'. Now it will be a different game.

"With Barcelona it's a culture where from a young age‚ when you are eight years old‚ you play with the same system‚ same philosophy.

"But we say that Sundowns are the 'Brazilians' from South Africa‚ so we will see.

"I think it will be a very interesting game‚ and it will help Sundowns to gain more experience at the higher level‚ and prepare them for the Champions League‚ I think."

The friendly pits the new Absa Premiership and La Liga champions against each other.

Eymael said the crowd‚ and Sundowns being keyed up to prove themselves against Barca‚ can be levellers.

"When a team is underestimated‚ and you are facing the favourites‚ the players who are the underdog play at 150 or 200 percent‚" the Stars coach said.

"So‚ yes‚ it's a friendly for Barcelona. But I'm sure for Sundowns it's not a friendly.

Tickets for Sundowns-Barca sold out on Monday night.