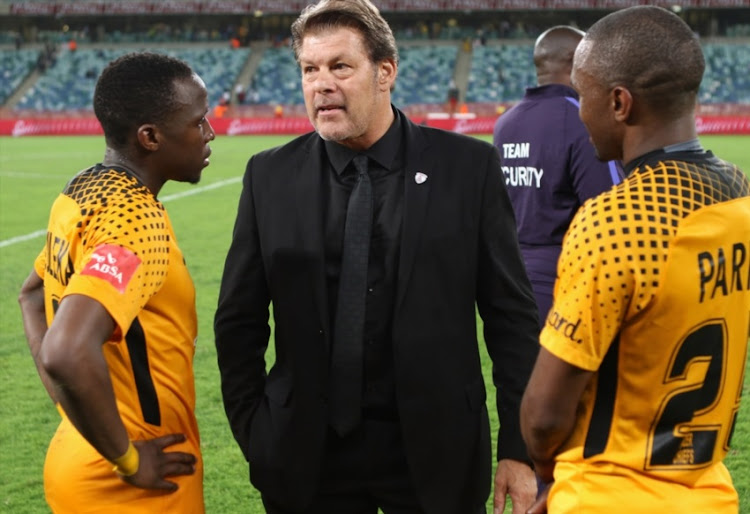 Outspoken Free State Stars coach Luc Eymael has conceded that qualifying for the Caf Confederation Cup may be a bridge too far for the club.

Stars lost 3-2 to SuperSport United on Wednesday at Lucas Moripe Stadium and Eymael said they would focus on trying to secure a top eight place in the two remaining league matches against Polokwane City and Orlando Pirates rather than attempt to qualify for Caf.

As a result of the defeat to United‚ Stars are placed fifth on the Absa Premiership table with 39 points and they are under pressure from the clubs below them - Bloemfontein Celtic‚ AmaZulu‚ Chippa United and Cape Town City - in their bid to qualify for the MTN8 next season.

“Third-placed Maritzburg United drew against Mamelodi Sundowns and they took one more point than us but we will fight until the end to stay among the top five teams on the log‚" Eymael said.

"Cape Town City below us on sixth place is coming‚ we must pay attention and make a plan.

“I want to be in the top eight and to guarantee that‚ mathematically I still need three points.

"We have to get the three points in our next match against Polokwane City and after that we will see what happens against Orlando Pirates.

"You know that Pirates is flying high at the moment but we will have to make sure that we don’t spoil all the good work we have done all season long.

"We have been in the top eight for a long time throughout the season and we must finish in there.”

Asked to reflect on the loss to United‚ Eymael said he was impressed with the fighting spirit of his charges as they twice clawed their way back in the game.

“I think we played very well in the first half‚" he said.

"We had good ball circulation‚ build-ups and created some chances. But unfortunately they got a penalty early in the match which I don’t know where it came from.

"We had two shouts of our own in the first half but the referee did not give us‚ it was a bit unlucky for us.

“Second half we improved our performance‚ SuperSport also played better and people saw a good match of football.

"There were good opportunities from both sides on the attack but we missed a few chances which could have helped us to win the match.

"I think SuperSport United wanted the game more than us in the end and congratulations to them.”

SuperSport United lives to fight for another day in their battle to avoid the dreaded play-offs.
Sport
3 years ago
Next Article