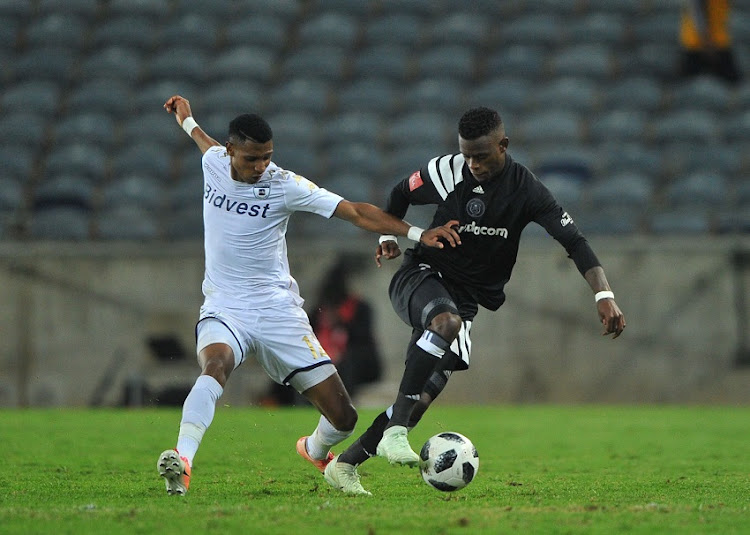 Orlando Pirates have promised reinforcements for the new season as they look to chase several trophies and have already moved to strengthen the left-hand side of their attack with two acquisitions.

Paseka Mako and Vincent Pule are both on the brink of signing for the Buccaneers for the new season‚ according to club insiders.

Pule has not taken up the offer a new contract after four years at Bidvest Wits and will be free to move in the next weeks.

Pule had initially been linked with Kaizer Chiefs‚ but officials have told SowetanLIVE it is Pirates who are set to get his signature.

The diminutive Mako‚ who was a junior at Mamelodi Sundowns‚ has emerged as one of the hottest properties in the Premier Soccer League this season with his performances for Chippa United.

The club have had several enquiries about his services over the last month and had slapped a R7-million price tag on his head‚ according to club officials who were interested in his services.

It is not known what financial arrangement Pirates will reach with Chippa but there have been close relations between the two clubs and a steady stream of players heading in both directions.

In January‚ Pirates took Diamond Thopola and Phetso Maphanga from Chippa to strengthen their squad as they bid for the title and sent Nkosinathi Mthinyane and Thabo Rakhale down to Port Elizabeth in return.

Bidvest Wits made an offer for Mako but their figure was some way short of what Chippa wanted for the player.

Mamelodi Sundowns boss Patrice Motsepe said no to a possible move when he learnt that Mako had earlier been let go by the club.

After the embarrassing episode with Lerato Chabangu in 2009‚ he did not want to be seen to be buying back one of his own products.

Chabangu signed a pre-contract with SuperSport United after Sundowns dithered about offering him a deal.

This move infuriated Motsepe so much that he allowed Chabangu to leave six months earlier than scheduled.

But he then had a change of heart and decided he wanted the player back and paid SuperSport a veritable fortune to get back a player that had been his just six months earlier.

Mako and Pule add to the options on the left hand side of the Pirates line-up where Innocent Maela and Luvoyo Memela both left favourable impressions this season.