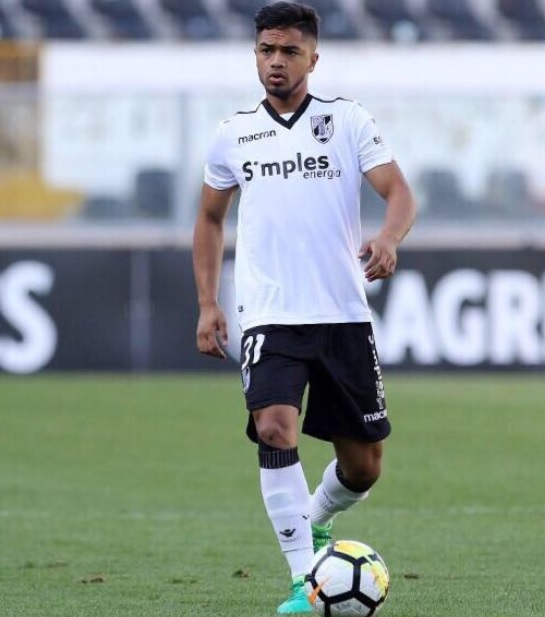 Haashim Domingo‚ who left Ajax Cape Town after a bitter court case‚ is set to return to the Mother City next season in the colours of rivals Cape Town City.

Discussions over a move for the diminutive midfielder are at an advanced stage‚ according to informed sources‚ and the former under-20 international is set to be named as City’s first signing for the next campaign.

Now 22-years-old‚ Domingo has been playing in Portugal for the last three years on the books of Vitoria Guimaraes and competing in the second division with their reserves.

But despite a season with 26 starts and four goals‚ and several appearances on the bench for the first team‚ he has not been offered a substantive contract renewal and is a free agent with City looking to pick him up.

For City chairman John Comitis it is an opportunity to continue the club’s success with South African players brought back from overseas.

Ayanda Patosi‚ despite disciplinary problems‚ is a valued member of the squad‚ especially after his outstanding goal to beat Orlando Pirates at home in their last league match.

Surprise Ralani has proven among the best signings of the January transfer window after seven years playing in Scandinavia. He was previously unknown to South African fans.

Comitis also brought back Benni McCarthy from Scotland as coach and he too can consider his maiden season in charge as a success.

Domingo was a highly rated product of the development system at Ajax but took the club to court to get his release.

He claimed Ajax tried to force him to sign a contract before they would allow him to go on trail at Ajax Amsterdam‚ but he refused because of the poor terms and was then denied the promised trip to the Netherlands.

Domingo did go to Amsterdam on trials on his own eventually and also had trials at clubs in Belgium‚ Denmark and Germany‚ but claimed Ajax would not release him.

Once he got his clearance‚ Domingo signed a short-term six-month contract with Vitoria for the remainder of that 2014/15 season.

An injury picked up on duty with the South African under-20 national team meant he played just five games for the B side‚ and later went out on loan to the lower leagues in Portugal and to Norway‚ where he played for Raufoss.

Vitoria wanted him back though and he signed a two-year contract in 2016 and became a regular for the reserves.

His stunning long range goal against Benfica B has been extensively viewed on YouTube.

“I love the ball‚ I’m a technical player. I am not the strongest of players because of my stature‚ but I understand the game very well.

"My passing range is good and I work really hard. For now I am just enjoying my football‚” he said in a recent interview.