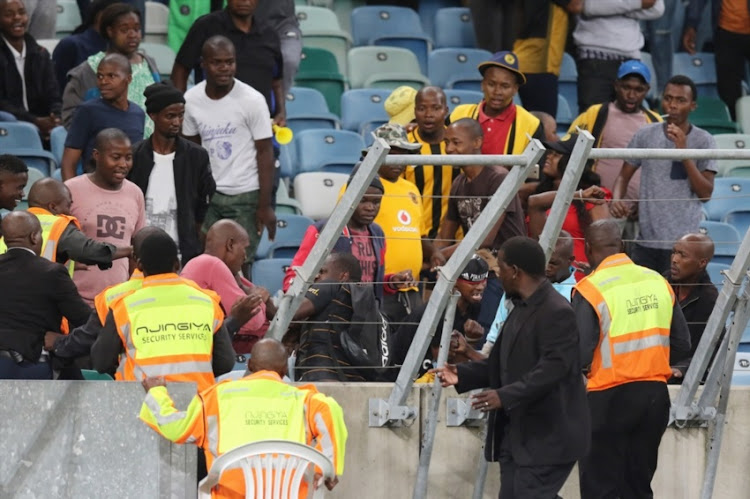 The Democratic Alliance (DA) has strongly condemned the violence that erupted at the Moses Mabhida Stadium in Durban on Saturday after Kaizer Chiefs lost their Nedbank Cup semi-final match to Free State Stars‚ leaving many people injured and property damaged.

“I will write to the Portfolio Committee Chairperson on Sports‚ Ms Beauty Dlulane‚ requesting that he summon the Premier Soccer League (PSL) leadership to account for the growing culture of violence that seems to have taken root in the country’s premier soccer division‚” Mhlongo said .

He said the PSL must provide concrete plans on interventions they would be implementing to stop violence at football matches and ensure safety of spectators and officials.

“It is not acceptable that a family spectator sport regularly degenerates to violence that threatens the well-being of everyone‚ because the PSL fails to take stern action against hooligans who perpetuate violence.

“Failure to adequately deal with unacceptable behaviour comes only weeks after the dropping of the PSL Commission of Inquiry into crowd safety by Minister Tokozile Xasa.

The events at Moses Mabhida shows that this was an ill-informed decision that proves that crowd safety at major sporting events is not a priority for government‚” Mhlongo said..

He added that Parliament must fulfil its role and hold sporting bodies‚ such as the PSL‚ accountable to ensure that South African stadiums do not become death traps for sport loving fans.

A security guard is reportedly fighting for his life after being badly injured when Kaizer Chiefs fans rioted after the loss to Free State Stars at the Moses Mabhida Stadium in Durban on Saturday night. Chiefs coach Steve Komphela resigned in the aftermath of the violence. Subscribe to TimesLIVE here: https://www.youtube.com/user/TimesLive