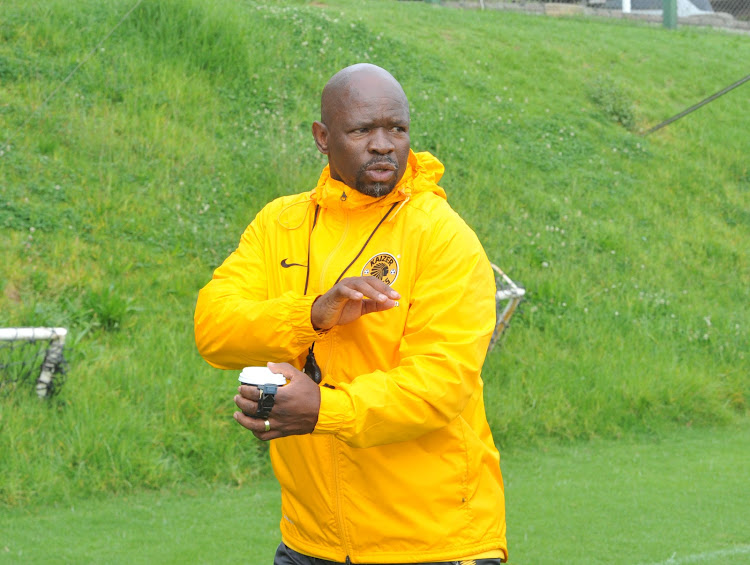 Embattled Kaizer Chiefs head coach Steve Komphela is increasingly sounding like a man who has resigned himself to leaving the Soweto giants at the end of his contract at the end of June 2018.
Image: Sydney Mahlangu/BackpagePix

The more Steve Komphela talks‚ the more it sounds as if even he has slim hopes of renewing his contract as Kaizer Chiefs coach at the end of the season‚ even if he wins the Nedbank Cup.

Speaking as his team prepared for Saturday night’s Nedbank semifinal against Free State Stars at Moses Mabhida Stadium Komphela gave hint to his frustration at people’s level of frustration at his lack of success with the Soweto giants.

Komphela bemoaned a culture of impatience in South Africa‚ and worldwide.

“South Africans are not a patient nation. Anyway‚ the whole world is in a culture more of two-minute noodles – everything is instant; instant gratification‚” Komphela said.

“That’s why people don’t want to go to school. ‘My man I am going to spend 12 years‚ after finishing that I must do three years’.

“People are‚ ‘No‚ no‚ no‚ why should I go to school when I can do a tender and get rich’. But there’s no quality in that person.

“The best quality is in the time and investment that you make in knowledge. And people don’t have any of that.

“The quality of success is on the principles where you root in the pillars‚ strongly so. When I make the example of the bamboo again‚ they will say to me‚ ‘But this guy’.

“Five years this tree‚ the seed is underneath the ground. Five years‚ my man. But in eight months‚ from as soon as it breaks ground‚ it goes eight metres.

“[In] the process of success‚ you were not born and become a man with teeth and everything. And when you go through the principles of nature it’s all about process and you can’t skip stages.

“The same should happen with development. South Africans must learn that.

“But who must teach? We must teach. I might be a teaching aid‚ as is‚ but you guys [the media] must bring those points‚ analyse me‚ so that you can attach to the communities that they learn from us.

“But we don’t do that. When you’re standing there going through stuff‚ you see us go through stuff. But use that as a symbol.

“We don’t. We have a responsibility. Sometimes don’t only look at things‚ but check ourselves.

“What contribution am I doing in terms of awareness and teaching‚ community?

“What you’re saying to me as a football person‚ you’re teaching even to a politician and a person in the street that‚ ‘Be patient‚ go to school‚ go 12 years‚ go three years. And then after that you’re a masterpiece‚ you’ll die peaceful’.

“But this guy doesn’t want to go to school – just wants to get 12 million‚ five million. Doesn’t even know what it means to have 12 million. He’s going to blow it.”

Komphela has‚ ironically‚ finally built a team that after two-and-three-quarter seasons trophyless has young players‚ has potential‚ and probably can perform for the next six or seven seasons‚ though it is still not the finished product and will need more reinforcing.

The coach’s personal inability to notch at least a cup trophy or two‚ though‚ in that rebuilding phase‚ will still leave serious doubts at Naturena about his credentials to be that man to take this team of potential on to winning silverware.

Komphela has the Nedbank Cup to finally attain that elusive first coaching career trophy‚ and plant a seed of doubt that that notion is not necessarily correct.