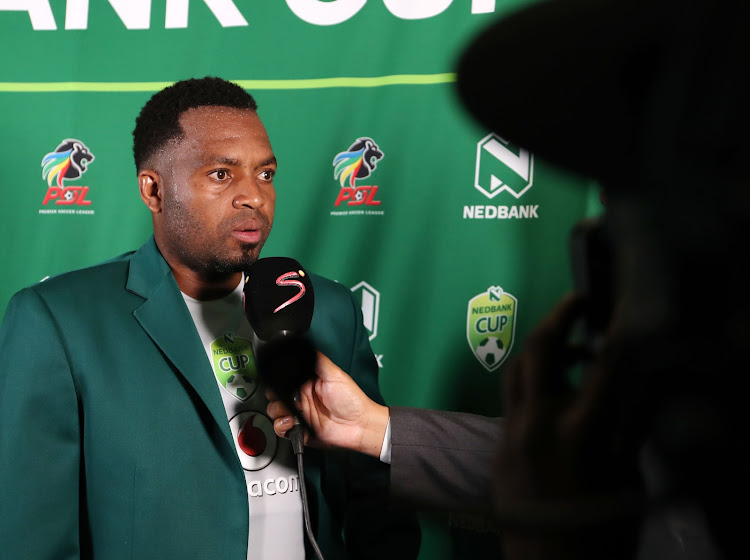 Kaizer Chiefs and Bafana Bafana goalkeeper Itumeleng Khune played with an upset stomach when he took to the field to face Golden Arrows in a Nedbank Cup Last 32 match at FNB Stadium on Sunday afternoon.

The goalkeeper brushed aside discomfort to produce a breathtaking display that did not only earn him the man of the match award but also propelled Chiefs to the next round of the last cup competition on the domestic premiership calendar.

Chiefs coach Steve Komphela applauded Khune after the 3-0 win over Arrows and said the inspirational goalkeeper has proved on numerous occasions that he is willing to put his body on the line for both club and country.

“Funny enough when we had a chat in the dressing he (Khune) said to me (coach)‚ I think I must always have this running tummy because each time I have a running tummy I get man of the match‚’” Komphela said.

Khune’s heroics for Chiefs were reminiscent of the breathtaking display he produced for Bafana in an away World Cup qualifier against Burkina Faso in Ougadougou in October 2016.

He played that World Cup qualifier while suffering from an upset stomach but he ignored the discomfort and saved a penalty‚ and also made several stunning saves to help Bafana to a deserved 1-1 draw.

Komphela said Khune mentioned that game in their discussion after he'd once again pushed himself past the pain to put the needs of the team ahead of his.

“He (Khune) reminded me of his matches with Bafana and all that. He played (against Arrows) with a bit of an upset stomach‚” Komphela said.

“So I said to him ‘my man‚ I am going to pray that you stay like that in matches so that you can pull man of the match.’

“So it is good that an athlete commits to the cause‚ plays very well‚ saves and makes their team win when they are not on top of their physical condition. We wish him a speedy recovery.”

Chiefs now turn their attention to the potentially tricky league encounter against fellow title challengers Cape Town City at FNB Stadium on Saturday and Komphela said they would need to shore up their rearguard and provide Khune with better cover.

The goalkeeper has often proved to be the difference for Chiefs in numerous matches and the critics argue that the many man of the match awards he wins point to a defensive fragility that usually depends heavily on his heroics.

But Komphela moved swiftly to dismiss this well-worn assertion.

“But with regards to that (the purported defensive inadequacies) it is his job (to prevent the other team from scoring)‚” Komphela said.