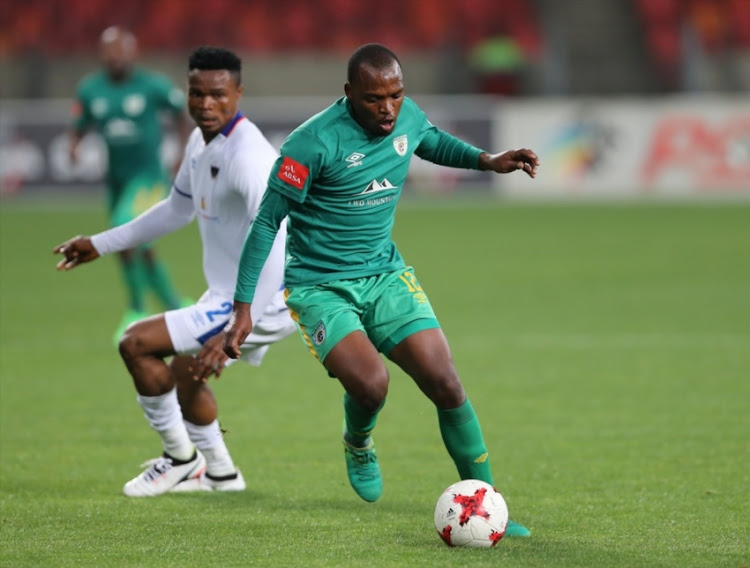 Motupa's two goals for the Limpopo-based outfit against Lamontville Golden Arrows in Durban on Sunday lifted him to second spot in the league goal scoring charts and Thobejane said his a nightmare to the oposition.

“I know very well that all PSL defenders are afraid of him because he doesn’t need many chances to convert‚" he said.

"One chance and he can convert‚ like he did on Sunday.

"He converted with his first chance of the game‚” asserted Thobdjane‚ whose side sit in seventh place in the standings after a well-earned point on the road at the weekend.

“It was good for him and good for the team to say ‘we have a scorer’.

"We must give him enough chance to help us.

The 23-year-old Motupa has scored more goals than matches he has started in the Absa Premiership this season.

His place in the first XI against Arrows on Sunday was only a fifth time he had started a game while his eight goals put him just one behind Rodney Ramagalela in the scoring stakes.

But that could all change‚ according to the coach‚ and Motupa start more games.

“It was good for him to score because we can’t always say that when he is coming off the bench and scoring that he is ‘doing a good job’.

"He is our leading goal scorer so we need just to give him a chance‚” added Thobejane‚ whom side next meets high flying Free State Stars away at Bethlehem at the weekend.