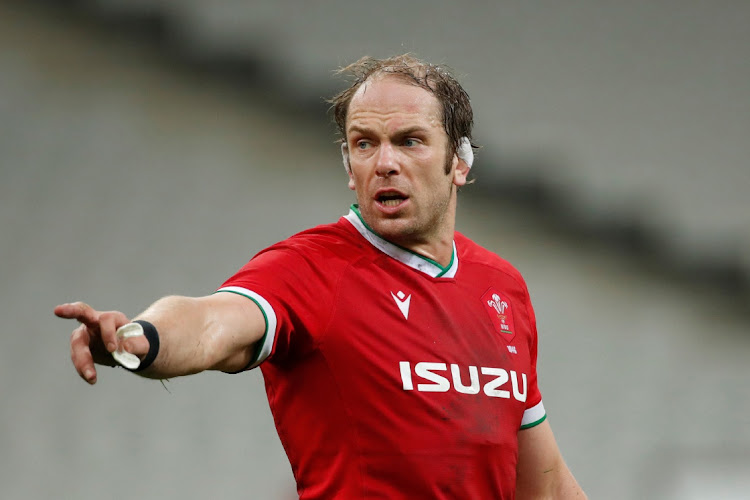 The British & Irish Lions will take on the Springboks later this year with the most experienced Test player ever at the helm.

As expected Lions coach Warren Gatland installed Wales captain and stalwart Alun Wyn Jones as captain for the eight-match tour that will include three Tests‚ two in Johannesburg and one in Cape Town.

Wyn Jones‚ with 157 appearances is the game's most capped Test player and that weighed heavy in the coach's deliberations.

Gatland had another Welshman‚ Sam Warburton at the helm in the Lions' most recent southern hemisphere forays to Australia and New Zealand in 2013 and 2017 respectively.

Apart from his experience Wyn Jones has the benefit of a recent Six Nations triumph under the belt.

Gatland‚ who had been long time Wales coach before he took the reins at the Lions opted for Wyn Jones ahead of England captain Owen Farrell and second rower Maro Itoje.

Farrell led England to the last Rugby World Cup final in 2019‚ while Itoje‚ who is just about guaranteed his place in the Lions' Test line-up‚ is seen as a future Test captain.

Wyn Jones will lead an expanded 37-man squad to South Africa. It was previously stated that a 36-man squad would go on tour.

There was no room for Jonny Sexton who has been battling concussion symptoms over the last month or so.

Instead Dan Biggar and Finn Russell will contest the Test berth.

Instead of Vunipola‚ Gatland opted for England discard Sam Simmonds. He played the last of his seven Tests for England in 2018.

Eddie Jones may have looked the other way while he helped Exeter firm their credentials as a powerhouse in English rugby.

Jones has preferred the relentlessly combative Vunipola at the back of the England scrum.

Simmonds‚ however‚ has speed‚ a commodity that may prove useful on the harder South African surfaces‚ particularly on the Highveld.

He is perhaps not that much of a bolter when you consider he is the reigning European player of the year and the Premiership's top try scoring.

Gatland faced a big call in weighing up Manu Tuilagi's readiness for combat in South Africa.

The bulky centre is vastly experienced but has not played since September after suffering an achilles injury. In the end he did not make the squad.

Elliot Daly earned his selection not through kick-the-door-down recent form but what he offers across the outside back landscape.

He made his name as fullback‚ has played wing with aplomb and has more recently operated in the outside centre channel at club level.

His kicking range will be a weapon Gatland would have considered favourably when the final selections were made.

Another notable omission is scrumhalf Ben Youngs who opted not to tour for family reasons‚ as he did in 2017.

“Selecting a Lions squad is never easy and‚ in many ways‚ this has been the most challenging selection I have been involved in.

"Over the course of the last three weeks‚ the coaches and I have rigorously debated each position.

"We saw some outstanding performances in the recent Six Nations‚ so competition for places has been tough with some incredibly tight calls to make.”