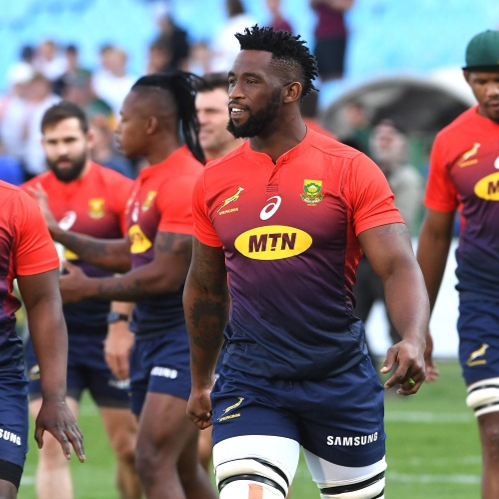 The Springbok captain made the announcement on Tuesday, saying the book titled Rise is available for pre-order.

“I feel it’s the perfect time to share these with the hope of inspiring and motivating anyone who has ever faced adversity,” Kolisi said in a statement released by NB Publishers, who will distribute the book in SA.

“It was so important for me that my story was told from my own account and with the right publishing group.”

The book is written by British author Boris Starling and will be published ahead of the British and Irish Lions Tour to SA.

Taking to Instagram, Kolisi said he wanted to give his fans the opportunity to read his real story after a book was previously released allegedly without his consent.

“It is rare for a player to release their autobiography during their career but someone else had other ideas and released a book about me without my consent so I wanted to give you all the opportunity to read my real story,” he said.

“I believe in lifting as you rise and will be donating a portion of the proceeds towards community development around the country. Thanks for all your support, and God bless,” Kolisi said.

The book announcement comes months after his wife, Rachel, asked South Africans to “save Siya’s story” and boycott Siya Kolisi: Against All Odds, an unauthorised biography about the rugby player.

The book, written by Jeremy Daniel, was launched in August last year, the same week the Springboks announced the squad for the 2019 Rugby World Cup in Japan.

Siya issued a statement at the time distancing himself from the book.

“To clear any confusion, the book published about me with my name on the cover wasn’t written by me or produced with my approval or even knowledge,” he said.

#ThomasAndSkhumba show got a whooping "yassss!" from Kaya FM fans and even gained the station new listeners!
S Mag
1 year ago

Striking the perfect balance between luxurious and relaxed is what Nkuli’LL Lux collection seeks for every woman.
S Mag
1 year ago

Steve Harvey shares his thought on the influence of Africa on the world, and his latest season of Family Feud SA.
S Mag
1 year ago

"The one we all saw was guilty is now 'officially' found guilty! More to justice!"
S Mag
1 year ago
Next Article