The Stormers confirm the severity of Wolhuter's knee injury: 'he is going to be out for a while' 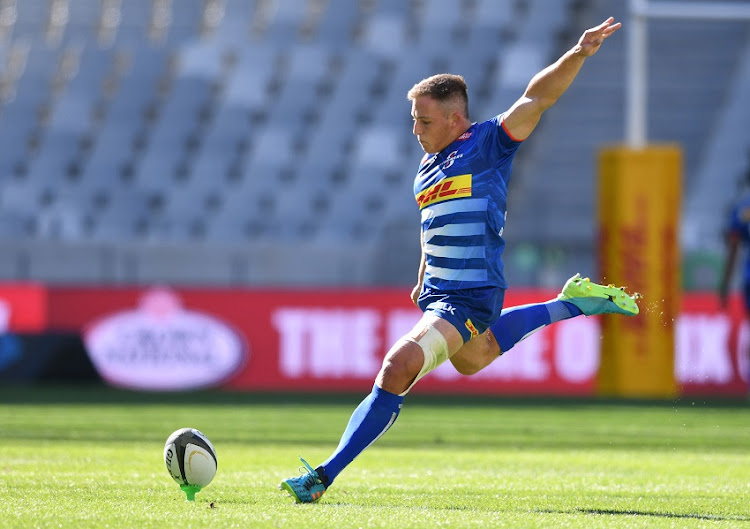 Confirmation of the severity of Kade Wolhuter's knee injury will do little to lighten the mood in the Stormers camp.

While going down narrowly to the Sharks‚ they also witnessed their inform flyhalf writhing in pain before he was aided from the field last Saturday.

It was left to Stormers' assistant coach Dawie Snyman to deliver the prognosis on Tuesday.

“Kade had quite a bad injury and he is going to be out for a while. It is really sad to lose him. He is a young player with a lot of potential. He is out for three months.”

It is the kind of news that is unlikely to put a spring in their step before this weekend's clash against the redoubtable Bulls at Cape Town Stadium.

In Wolhuter's absence the Stormers are likely to give the starting jersey to Abner van Reenen‚” who according to Snyman‚ brings similar qualities to the position.

“In a way those two are quite similar. Abner has nice ex factor. He has great ability to identify space. He can put the ball into space‚ not just by passing‚ through his attacking kicks. He can bring flow to our attack. His organisation and option taking is good.

“We will miss Kade's boot in terms of accuracy and goal kicking but Abner also has good strike rate.”

The Stormers may also be forced into some head scratching if lock JD Schickerling fails to recover in time from the ankle injury he sustained against the Sharks.

“He is going through the process‚” said Snyman. “The medical team will reassess where he is tomorrow. At this stage he hasn't been training.”

If he is ruled out it will complicate matters for the Stormers who are already operating without fellow second rower Salmaan Moerat who is out indefinitely.

To make matters worse the Stormers will eagerly await the outcome of Wednesday's disciplinary hearings of Seabelo Senatla and Wille Engelbrecht who were both red carded last weekend.

Senalta will almost certainly cop a suspension but the Stormers may be able to absorb that blow. “We've got Sergeal Petersen coming back and is available for selection‚” said Snyman.

Saturday's clash against the Bulls has now become a must win one for the Stormers who simply cannot afford to slip up at home on consecutive weekends. There were many positives to be derived from their performance last weekend but an opening day defeat at home can also usher in an untimely bout of knee-jerkery.

“What changes the dynamic is that this is a short comp‚” said Snyman. “We have just six games. Home games you don't want to lose but we have to move on. We need to get it right on Saturday. The pressure is on us. The players will be ready for that.”