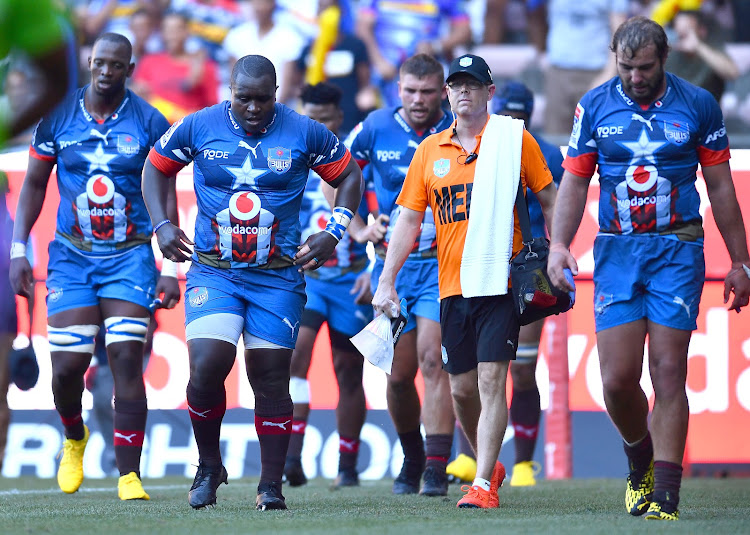 Bulls stand-in captain Trevor Nyakane will take a pragmatic approach in his decision-making during their Super Rugby clash against the Jaguares at Loftus on Saturday afternoon.

Nyakane‚ who will lead the struggling Bulls in the absence of regular captain Burger Odendaal as a result of a knee injury‚ said he will go for the poles if opportunities present themselves‚ or for the line if they have momentum.

“I have always believed that there is something called scoreboard pressure and that changes the way teams play‚” he said as the Bulls prepared to host the Argentineans looking for their first win of the season.

“I believe that in the early stages of games you need to find ways to apply pressure on the opposition. So‚ if points are available‚ I will take them because we have a very good kicker in Morne Steyn‚ who can slot them from very far.

“I believe in building pressure because if you score three penalties‚ it means that even if they score a try they won’t be able to catch us. That kind of pressure can change the way the team plays because they will start worrying about catching up with us.

“In other instances where we have mauling momentum‚ I will assess the situation and opt for the line. I will back my forward pack to maul them and do all the right things. If things don’t go our way then I will look if we cannot get the points.”

Referees are a continuous talking point in the tournament and Nyakane said he would study whoever will be in charge of the match so that he is able to get his point across during heated moments.

“Just like we study opponents‚ you have to study the ref. You have to understand that he also feels pressure while he is on the field‚” the Bulls prop said.

“You need to understand how he responds to pressure and try to work out a system where we go to talk to him. There are some refs who shut you down and he doesn’t even want to listen to the captain when you tell him something.

“We try to figure that out in the heat of the moment when there is time to talk to him. You go and approach him the way you think he prefers to be approached.

“Some refs prefers to be factual‚ some have terms that you need to approach them with for them to be able to react with what you are asking. There are a lot of things that you have to go through but we will try to find out what he prefers.”

“He [Human] has helped us a lot and we work together as a team‚ he mixes things up. When he makes swaps‚ we still know what to do and how to work together for the benefit of the team.”