Lizo Gqoboka admits the struggling Bulls are in a precarious position 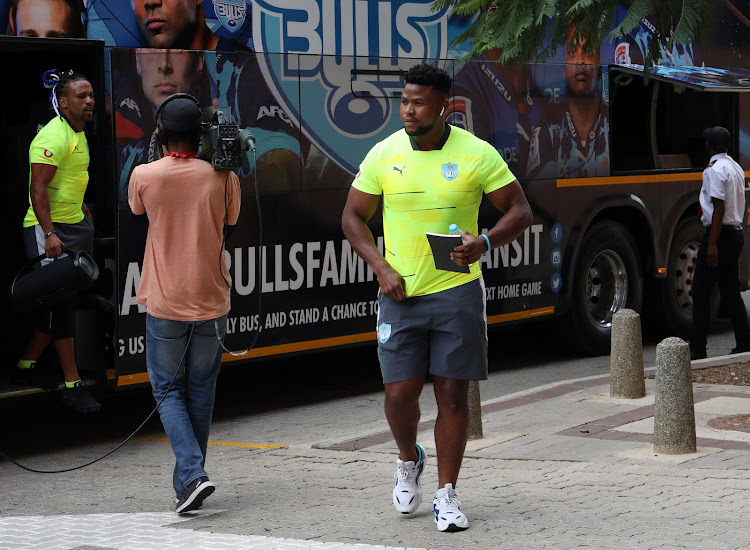 Lizo Gqoboka of the Bulls during the 2020 Super Rugby match between Bulls and Blues at the Loftus Versveld Stadium, Pretoria on the 22 February 2020.
Image: ©Muzi Ntombela/BackpagePix

The Super Rugby season may be less than a month old but the Bulls have already lurched into crisis.

The Pretoria side have a mountain to climb to revive their campaign as the are sitting second from the bottom on the overall standings and at the basement of the South African Conference with only one point to show for their troubles.

Springboks prop Lizo Gqoboka‚ who is one of the senior players at Loftus‚ has admitted that they are in a precarious position and asked his team-mates to stand together in the face of adversity.

“Our focus at the moment is to pull tighter together as a team because there is belief that we can still turn this situation around‚” said Gqoboka‚ who added that they have identified their Achilles heel.

“We know what has been costing us‚ it’s not that we can’t play rugby or we are a bad side or anything like‚" he said.

"We have enough good players who are capable of winning Super Rugby games.

“We have taken a closer look at our ourselves and we found that our discipline was not good at all‚ especially‚ in the loss to the Blues.

"We gave them too many penalties and it is tough to win a Super Rugby game if you give away eleven penalties in a match. It’s something that we really have to work hard on going forward.

"We feel that we should have won the match against the Blues‚ if it wasn’t for the many penalties and turnovers.

“With regards to turnovers‚ it was better than the previous week against the Stormers where we gave away about 17 turnovers. It is still not good enough but what we took out of the game against the Blues is that our discipline needs to get better.”

The Bulls are up against the highly unpredictable Jaguares from Argentina at Loftus on Saturday afternoon and Gqoboka is expecting a physical battle among the forwards.

“It’s a big one because they have international players and they have been playing together for a long time. It is definitely the most physical game we are going to face this season‚ but we have to be up for that battle that is waiting for us‚” he said.

The Jaguares pack was dominated by the Stormers in their 17-7 defeat to the Capetonians last weekend and Gqoboka believes they can do the same.

“We believe we can dominate them this weekend because we put them under pressure last year when we played them‚" he said.

"We have pretty much the same front row as last year.

"But it’s not going to be easy because they are a very good side with World Cup experience and all that.”