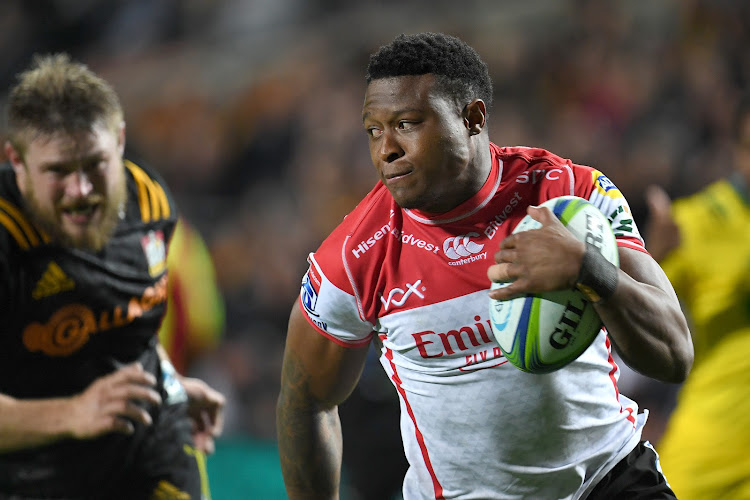 The Lions’ six wins and five defeats is a report card that speaks of rampant inconsistency but wing Aphiwe Dyantyi on Tuesday was quick to point out ‘who isn’t?’

How about the Crusaders?

Dyantyi jumped to his team’s defence amid suggestions that the Lions have been wildly capricious‚ especially when you consider they’ve surged to the last three finals.

“We can say that for all the teams in Super Rugby this year‚” Dyantyi pointed out.

“That could be down to a lot of things I don’t want to get in to. We just have to focus on this weekend’s match‚” he said about the clash against the Highlanders.

What has no doubt contributed to the Lions’ roller coaster season is the fact that at various stages they have lost key players to injury.

As if the point needed to be stressed‚ captain Warren Whiteley again lists among the doubtful for Saturday’s clash.

Whiteley who has missed a large chunk of the Super Rugby season has a bruised knee and sat out training on Monday and Tuesday.

That was‚ however‚ done as a precautionary measure and a decision on his fitness will be made later in the week.

“Obviously he is a big figure in the team‚” said Dyantyi about Whiteley.

“His demeanour‚ the character he has in the team. Guys like Vincent (Tshituka) benefits because it is his first season.”

Dyantyi believes the Lions have enough depth to cope with their chronic absenteeism this season.

“With the quality that we have at the Lions the next guy is ready to come on and grab the opportunity.

"Coach Swys (de Bruin) has the luxury of a wide pool to choose from‚” said Dyantyi‚ although the reality has been very different.

With a team that loosely resembled their strongest possible line-up the Lions laboured to victory over the Waratahs last weekend.

“It is just like any other win‚” said Dyantyi.

“We’ll take it. It will bolster the confidence at this critical part of the season.

“We will take any positives. It has been a difficult season. In certain parts of the game we showed what we are capable of‚” said the Bok wing.

Perhaps mirroring the Lions’ season‚ Dyantyi hasn’t quite scaled the heights that made him a Springbok last season.

Is he a marked man this season?

“Having made the noise I made last year‚ more teams would have noticed me.

"I try not to make it about me. I try and support the guys I play with. That is even better for me. As long as we get the results‚” said Dyantyi.