Bulls ‘let down by the basics’ against Crusaders 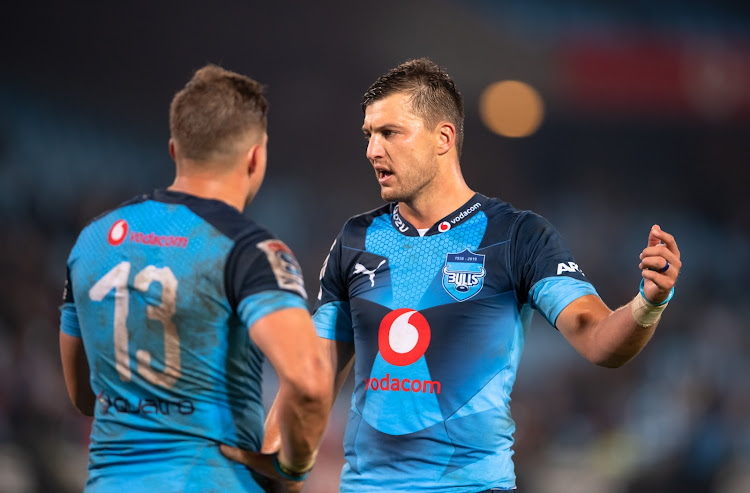 The Vodacom Bulls captain Handre Pollard (R) looks dejected during the deflating Super Rugby defeat against the Chiefs at Loftus on May 10 2019.
Image: Anton Geyser

Bulls captain Handré Pollard ruefully admitted that his side were let down by not applying basics well in their deflating 45-13 Super Rugby loss to the Crusaders at Loftus on Friday.

Looking back at the match where they were outscored by seven to one tries in what turned out to be a one-sided outing‚ the Springboks pivot admitted that they were punished by a superior side.

“They are a quality side and it is about small things like a gain lines and at breakdown we over committed and we got punished because they are accurate on everything they do‚” said Pollard.

“I thought we had opportunities in the game but we either lost the set piece or the second phase ball and you are not going to build pressure that way.

“It was always going to be tough to come back from that‚ but the boys came back stronger in the second half and you can’t fault that.”

Pollard‚ who kicked seven points on the night‚ called on his teammates to bounce back on their four-week outgoing overseas tour where they are scheduled to play against the Rebels and the Brumbies in Australia and the Blues and the Highlanders in New Zealand.

“We are not going to be too negative about this game and the result. We have to look forward by going on tour and doing well there‚” he said.

“Defensively Marco van Staden and Duane Vermeulen made a couple of massive turnovers‚ which gave us field positions‚ and we kicked into their 22-metre area but they disrupted everything we did.

“They are good at that and hopefully we will build some momentum until the end of the season.”

Crusaders captain on the night Matt Todd said they expected a tough physical battle from the Bulls.

“We came here knowing what to expect and credit must go to the guys because they stuck to the gameplan and played very well‚” Todd said.

“We work hard on creating an environment where all the players look forward to come to work every day.

“We care about the people in the team and we work hard for each other. It is a fun environment and we are like a family.”