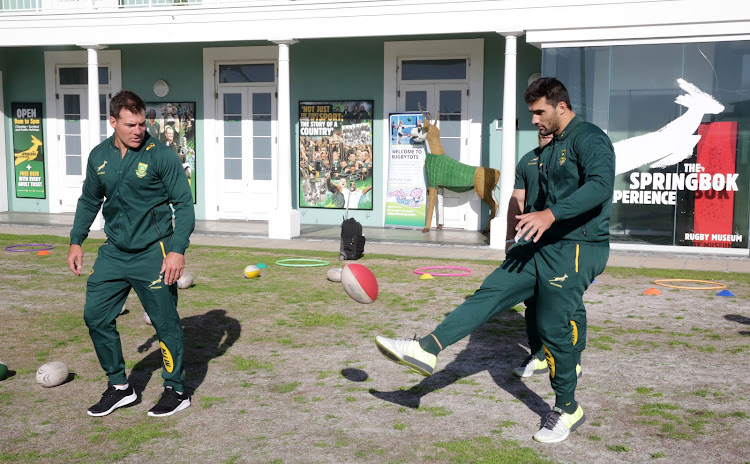 The sport’s governing body made the announcement on Friday.

Pressure from provincial unions to redirect the budget spent on the facility to their coffers instead‚ eventually prevailed and SA Rugby reluctantly made the decision.

A search for a private sponsor to fund the museum also proved fruitless while national government would also not save it.

“This has been a very painful decision to take but we have had to bow to economic reality‚” said Jurie Roux‚ CEO of SA Rugby.

“The museum achieved what we set out to do‚ by providing a world class experience for visitors while telling for the first time the ‘hidden’ story of black rugby to a national and global audience.

“We have won accolades on an annual basis and have had 200‚000 visitors in the past five years‚ who have been blown away both by the story we have told and the way it has been told.

“But the economic landscape in which SA Rugby operates has changed significantly since we first planned the museum in 2012 and the expenses we were happy to bear as a brand-building exercise at that time‚ have now become a challenge for the business.

“We have engaged with many stakeholders for many months on avenues by which this course may have been avoided‚ but ultimately we had no choice.”

The museum has earned TripAdvisor’s Certificate of Excellence award in every year of its operation and was shortlisted for the International Museum of the Year Award in the UK’s Museum + Heritage Awards in 2014.

The Experience featured more than 20 interactive touch screen exhibits; a total of 64 audiovisual displays; half a kilometre of graphic panels‚ an eight-minute film presentation in a mini-cinema; hand prints of national captains and iconic artefacts from rugby history.

Roux thanked the donors – including World Cup-winning captains John Smit and Francois Pienaar‚ who had loaned their match jerseys to the museum as well as a host of enthusiasts and collectors who had provided materials and artefacts to tell the story.

“I would also like to thank the many enthusiasts and the simply curious from around the world who have visited us over the past five-and-a-half years‚” he said.

“I think we have surprised and delighted many of them and added to the power and fascination of the South African rugby story.

“This is a sad day for rugby in South Africa.”

There will be free entry from 9am to 5pm every day (except Mondays) until the end of the month when the museum will close its doors for the last time at 5pm on Sunday‚ March 31.