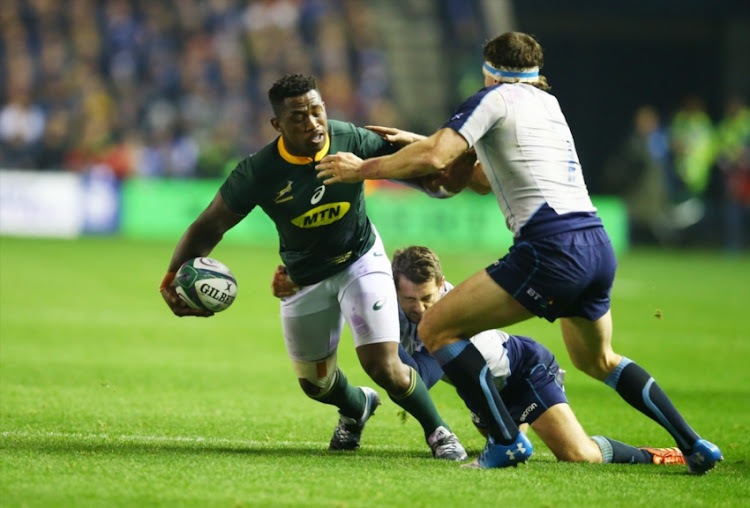 SowetanLIVE takes a look back at what they said during the year and we bring you rugby’s most memorable quotes in 2018.

“I’m not only trying to inspire black kids but people from all races. When I’m on the field and I look into the crowd‚ I see people of all races and social classes. We as players represent the whole country‚” – Siya Kolisi on captaincy of both the Stormers and Springboks.

“I was the most successful Super Rugby Coach at the time of my appointment and was requested to return to Springbok rugby from Japan because my country needed me. My treatment since my return suggested that elements in SARU embarked on a deliberate attempt to undermine me from the word go and to create the public impression of incompetence on my part whilst willfully obstructing my efforts to be successful‚” – former Bok coach Allister Coetzee shortly before he was sacked.

“I do believe he got the raw end of the deal. The Bok coach will never be successful when the boardroom plays the guitar and he’s expected to dance‚ and that all started when Allister got the job via a text message without any interview process‚” – Jake White on Allister Coetzee’s sacking.

“Personalities play a major role in defensive strategy‚ especially when initiating line speed‚ because you are putting yourself in an uncomfortable position. You are alone and have to commit to shooting up. There is no bail out on your left and right and that responsibility only sits well with a few personalities‚” ¬– Bok defence coach Jacques Nienaber on line speed and line integrity.

“I’m not going to sit here and be patronised by these two individuals (Nick Mallett and Naas Botha) who played their rugby during the apartheid era‚ a segregated era‚” – former Springboks winger Ashwin Willemse before he walked off set during a live rugby broadcast.

“I don’t think the natural talent in New Zealand is better than some of the talent we have on this side of the world. Defensively in Europe we are more advanced than they are‚ most definitely” – former Ireland flyhalf Ronan O’Gara‚ who currently Crusaders assistant coach.

“I was at a kids’ party and I had no mobile signal. There was a bouncy castle there and I was having a great time. When I finally walked out my phone was going mad” – Exeter prop Ben Moon on his England call-up.

“Is the international game under threat? I think it is. Look at the balance sheets of some nations and you can see exactly where we stand. If you ask me as a businessman‚ the business side of rugby is not working. By the 2019 World Cup we need to have a blueprint for the next 10 years. I’m not going to be an accomplice to rugby’s ruin” – World Rugby’s vice chairman Agustín Pichot on the state and potential future of the world game.

“I don’t understand this‚ guys. We’re a bloody good team. We lost a few games‚ but we played tough today and we won. Why is it always the most important game? Because you want to sack me? You’re going to do it at some stage. You know that. You know that. If I stay long enough‚ you’re going to get me sacked. One day you’ll be happy. You’ll come in and say ‘Fantastic‚ we’ve got another bloke we can terrorise". – Eddie Jones after England narrowly beat the Springboks at Twickenham in November.