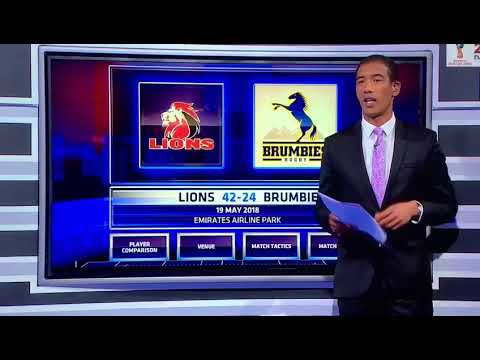 There is racism in rugby and the sport is run by the “Stellenbosch mafia”.

So says the Congress of South African Trade Unions (Cosatu) in a media release issued on Monday.

The trade union federation said players and commentators had approached them to complain about racism in the game.

“It is clear from the developments in the game that the cabal made up of SuperSport and SARU (South African Rugby Union) are pushing old white interests. The Stellenbosch mafia are also involved in the manipulation of the sport‚” the statement read.

The comment comes in the wake of recent scandals‚ particularly involving black rugby presenters at SuperSport.

SuperSport announced on Tuesday that Nick Mallett and Naas Botha have been cleared of racism allegations by advocate Vincent Maleka’s report into ...
News
4 years ago

World Cup winning Springbok Ashwin Willemse claimed SuperSport tried to “whitewash” his claims of institutionalised racism at the channel and that he was threatened with the loss of his contract if he pursued his litigation through the Equality Court against his co-presenters — Nick Mallett and Naas Botha.

Willemse walked off set at SuperSport on May 19‚ claiming fellow studio pundits Mallett and Botha had patronised and undermined him.

SuperSport announced last week that Mallett and Botha have been cleared of racism allegations by advocate Vincent Maleka’s report into the incident.

Further allegations of racism and undermining of black analysts surfaced at the weekend‚ deepening the crisis.

Cosatu said the sport belonged to all South Africans.

Nick Mallett and Naas Botha have been cleared of racism allegations by Advocate William Maleka's report into Ashwin Willemse's studio walkout that ...
Sport
4 years ago

“We cannot allow [Springbok coach] Rassie [Erasmus] to make irrational decisions to advance old white interest. We accept that he is the coach and must be allowed to follow his game plan‚ but clear irrational decisions‚ that benefit white players ahead of form black players‚ have to be examined.”

Cosatu has demanded that government investigates SARU and SuperSport.

Other claims‚ concerns and allegations in the statement were:

• Different commentators get different salaries and payments‚ which hints at “subtle racism”;

• Erasmus sets up players to fail by selecting them for matches that do not suit their strengths. They mentioned fly-half Elton Jantjies‚ who struggled in the wet conditions on Saturday on Newlands in the third test against England;

• The team is not selected on form;

• Old players such as Schalk Brits‚ 37‚ are brought into the with “no sound logic for the Rugby World Cup”; and

• Captain Siya Kolisi is substituted “for no good reason‚ when he is doing well”.