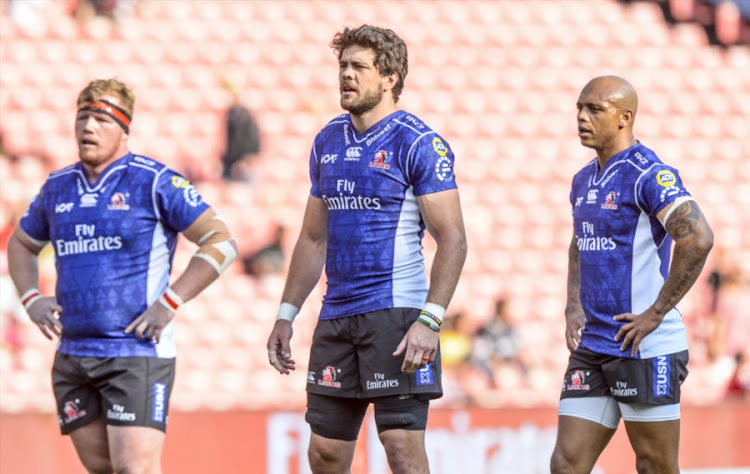 Subjecting themselves to prolonged bouts of introspection doesn’t seem to form part of the Lions’ road to redemption.

After a solid start to this season’s Super Rugby competition three defeats in their last four matches have rocked the franchise but the players‚ it seems‚ aren’t losing any sleep just yet.

“There will always be pressure‚” said prop Jacques van Rooyen.

“If we start listening to everything everyone has to say then things will start to snowball.

“We try as far as we can not to listen to outside influences. I really think we had one of our better games this season against the Crusaders. Twice the bounce of the ball didn’t go our way.

“I don’t think we have to panic too much. Last week was a step up from the previous week‚” suggested Jacques van Rooyen.

Flyhalf Elton Jantjies insisted: “I don’t see it as a tough time‚ I see it as learnings we have to go through.

“It is quick to fix and no major concern for us. We have to keep on working hard‚ raise our effort and the wins will come.

“We are not happy with the mistakes we are making. But that is something that we can control. We have to take responsibility for what happens on the field.

“We have a short turnaround but we have a good management and medical staff in place. We have to pitch up because the derbies are tough.”

Hulking lock Andries Ferreira said there was no additional pressure against conference rivals the Stormers at Ellis Park on Saturday.

“We see this game as every other game‚” he said.

Ferreira believes a turnaround is imminent but that patience is required in their attack.

“We need to keep the ball for that one extra phase. We tend to force it a little bit‚” he said.

Having qualified for the last two finals Ferreira argues the Lions are now firmly in their opponents’ cross hairs.

“I think teams have really pitched up with their A-game when they’ve played us.

“I think we are moving in the right direction and we are just one game away from finding the right gear again for the rest of the season. There is nothing to be worried about.”

The Bulls and the Stormers are feeling the effects of prolonged combat following the former’s 33-23 Super Rugby win at Loftus on Saturday.
Sport
4 years ago

There was something distinctly April’s Fool-ish about this Easter Sunday clash‚ where the Crusaders beat the Lions 14-8‚ in that for long passages it ...
Sport
4 years ago

They may be unbeaten in 19 Super Rugby derby matches‚ but the Lions will be at their most vulnerable when the host the Stormers on Saturday.
Sport
4 years ago

For the second straight year SA Rugby declared a massive loss to take its deficit over the past two years to close to R60m.
Sport
4 years ago
Next Article