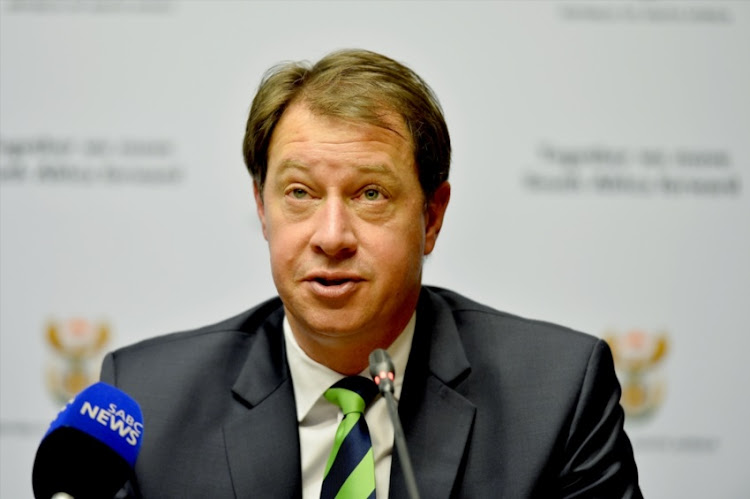 For the second straight year SA Rugby declared a massive loss to take its deficit over the past two years to close to R60m.

There were mitigating circumstances due to the price of bidding for Rugby World Cup 2023‚ which added over R24m to costs for the year. Adding the Southern Kings and Cheetahs to PRO 14 also cost the union over R30m‚ which added to the strain on resources.

According to SA Rugby the investments skewed results‚ which would have shown a modest pre-tax profit but for the extraordinary items. CEO Jurie Roux said the organisation believed both expenses were strategic imperatives.

“We took the view that the long-term prospects for rugby in South Africa would have been significantly improved by hosting the 2023 Rugby World Cup‚” Roux said. “The investment SA Rugby made in the process – in the region of R24.4m in 2017 – was justified by winning the recommendation of the Rugby World Cup board - before the vote went against us.”

Roux said that discussions were still underway with partners regarding commitments to cover the expenses of the bid. Although not specifically named‚ the ‘partner’ SA Rugby referred to is national government‚ who had committed to under-writing costs of hosting RWC 2023. It appears that might extend to the costs of bidding as well.

Similarly‚ a once-off invitation was received in 2017 to join the Guinness PRO14 – an international rugby competition for teams from Ireland‚ Italy‚ Scotland and Wales. It was considered essential to grasp the opportunity as the South African rugby community as a whole has been eager to widen playing options by competing in a northern hemisphere competition.

“The planned reduction in teams in Super Rugby presented two of our franchises and SA Rugby with a number of challenges‚” said Roux.

“However‚ the chance opened up for us to answer those challenges and explore the long-held view in South African rugby that we must explore opportunities in the northern hemisphere.

“We secured additional funding to underwrite our entry to Guinness PRO14‚ but there was still a nett cost to SA Rugby of R37m in 2017. The organisation regards that as a good investment in the long-term sustainability of professional rugby in South Africa and of two important franchises in the short term.”

Costs associated with national teams declined 9.6% to R177 million (attributable to the reduced payment of performance-related bonuses and reduced travelling costs) while the costs of delivering competitions‚ Tests and partner rights accounted for another 31.6%.

Roux said the extraordinary investments made it impossible to achieve the objective of breaking even in 2017.

“However‚ it is our view that we did as best as we could through prudent financial management to reduce underlying costs in a challenging economic and financial environment before the extraordinary items‚” he said.

“The prospects for 2018 and beyond look more promising. A sound budget was approved for the current year with a significant percentage of forecast revenue already secured while conservative expenditure principles were adopted.

“The opportunity for further revenue generation exists while a key area of focus for the game is a comprehensive review of the number of professional players and their associated costs.

The Rugby World Cup in Japan promises to provide SA Rugby with significant commercial opportunities next year‚ while we look forward to a commercially successful British & Irish Lions tour in 2021.

“It was a tough year and we have been financially stretched but we can look forward with more optimism in 2018.”

The annual financial statements will be presented for approval at the Annual Meeting in Cape Town on Friday‚ April 6.