Leyds blow for Stormers against Red 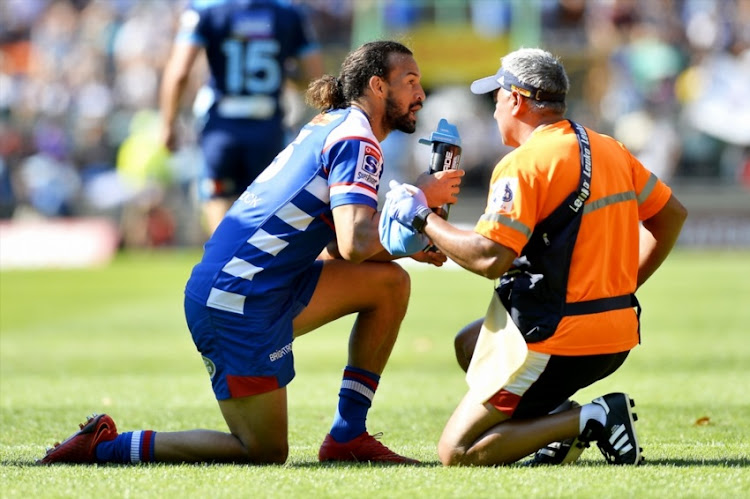 Dillyn Leyds of the Stormers during the Super Rugby match between DHL Stormers and Blues at DHL Newlands on March 17, 2018 in Cape Town, South Africa.
Image: Ashley Vlotman/Gallo Images

The Stormers go into their crucial Super Rugby encounter against the Reds at Newlands without influential fullback Dillyn Leyds.

The Springbok playmaker suffered a grade one calf muscle tear during training on Monday and has been left out this weekend but should be ready to play against next Saturday.

Craig Barry‚ who made his Stormers debut off the bench against the Blues last weekend‚ will start at fullback in one of four changes to the side that won 37-20.

“It’s a tough one to lose Dillyn because he has been playing well and was also looking forward to another game at fullback‚” coach Robbie Fleck said.

“It’s unfortunate for Dillyn to miss out this week‚ but it does give Craig Barry an opportunity.”

In the loose trio Cobus Wiese is back at blindside flank‚ which means that Pieter-Steph du Toit shifts across to lock with Chris van Zyl among the replacements.

In the front row JC Janse van Rensburg will start at loosehead prop in a rotational switch with Steven Kitshoff.

Tighthead prop Carlu Sadie and looseforwards Kobus van Dyk and Sikhumbuzo Notshe are also back in the match day squad after being ruled out last week due to illness.

“It was important to give Cobus Wiese another starts after recovering from the flu because he was outstanding against the Crusaders in New Zealand.

“Steven Kitshoff has to be managed and this is a purely rotational decision.”

Captain Siya Kolisi has challenged his team to show consistency with a repeat performance of their strong display against the Blues last week.

“We have prepared the same and so it comes down to mentally making sure we are switched on‚” Kolisi said.

“Last week we had many disruptions but we were mentally switched on this week our preparation has been much smoother‚ so we have to make sure that mentally we are at the same level.

“The Reds are a physical side‚ which makes them slightly different from the other Aussie teams. It will be about stopping momentum and winning the set piece battle.”