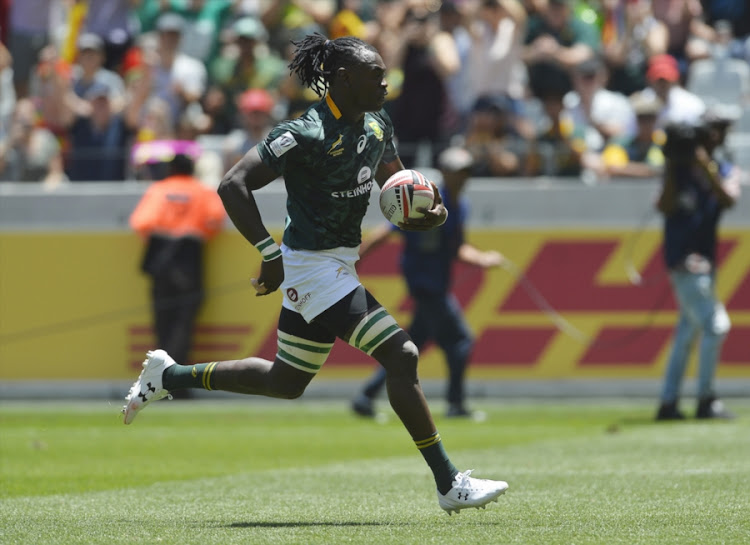 Sprinboks Sevens star Tim Agaba has been handed his first Super Rugby start by coach Bulls John Mitchell for their daunting away clash against the Crusaders in Christchurch on Friday.

Agaba‚ who won bronze at the Olympic Games and gold in the World Rugby Sevens Series with the Springbok Sevens team‚ will start at No 8 in one of three changes that have been made by Mitchell as they look to upset the tournament defending champions.

While Agaba will make his first start‚ Springboks midfielder Jesse Kriel will register his half century of matches in the competition for the Bulls since he made his debut in 2014 against the Melbourne Rebels.

In the other changes by Mitchell‚ Embrose Papier is in the starting line-up to replace injured Andre Warner and Jason Jenkins comes in for RG Snyman at lock.

On the bench‚ Mitchell has included two new faces in the form of Ivan van Zyl and Hendre Stassen and he has recalled Frans van Wyk as the replacement tighthead.

Van Zyl moved into the spot vacated by Papier.

Stassen‚ who is also on debut‚ will take over from Jenkins as back-up lock while Van Wyk replaces the suspended Conraad van Vuuren.

Faced with the difficult task of taking on the defending champions on their own turf‚ Mitchell has asked his charges to be at their very best for the duration of their last match of the overseas tour where they have already lost to the Reds and the Chiefs.

“To beat the Crusaders‚ you need to outwork them.

"That will not be easy‚ as they have a tremendous work ethic as a team‚” Mitchell said from Christchurch on Wednesday morning.

“We are not on this journey to become a better team because it is easy‚ so we must be prepared to play for all 80 minutes and play every big moment to the best of our ability.”

Bulls captain Burger Odendaal said their desire to win and their attitude is going to be key to get the better of the Crusaders at a venue where they have not been successful in the past.

“We need the right attitude as that will drive our efforts.

"We have a saying that winning together is better than winning alone. This will require a massive team effort‚ but we can do it‚” Odendaal said.

Lions on top‚ but how?

The sight of the Lions sitting on top of the Super Rugby points table is hard to digest.
Sport
4 years ago

Bulls coach John Mitchell has pointed out Embrose Papier’s disallowed try in the second half as the key moment in his side’s 41-28 Super Rugby loss ...
Sport
4 years ago

The Stormers injury count continues to mount with the news that fullback SP Marais will miss this weekend’s must-win Super Rugby clash against the ...
Sport
4 years ago
Next Article