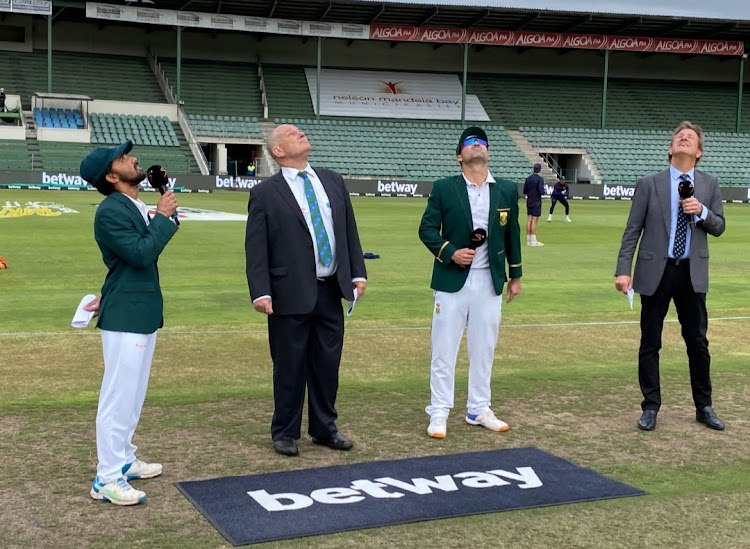 SA have won the toss in the second match against Bangladesh at St George’s Park in Gqeberha.
Image: CSA

Proteas captain Dean Elgar won the toss and opted to bat in the series’ deciding and second Test match against Bangladesh at St George’s Park on Friday morning.

The Proteas have named an unchanged side and will again play spin twins Keshav Maharaj and Simon Harmer, who were the stars of the show with the ball in the first match in Durban.

Maharaj and Harmer claimed 14 of the 20 Bangladesh wickets at Kingsmead earlier in the week.

Elgar will be hoping his team can build on their crushing 220 run victory over the visitors and further strengthen their second position on the ICC World Test Championship table.

Bangladesh captain Mominul Haque said they have made two changes to their side for this second Test with Tamim Iqbal and Taijul Islam replacing Shadnam Islam and Taskin Ahmed.

Rickleton can stake Proteas claim after good showing in Gqeberha

Proteas batsman Ryan Rickelton aims to use the second Test against Bangladesh at St George’s Park in Gqeberha to cement a spot for himself in the ...
Sport
4 months ago

SA captain Elgar: ‘We did not use foul language against Bangladesh’

Proteas captain Dean Elgar advised Bangladesh to toughen up and focus on the game as the battle lines were drawn before the start of the second Test ...
Sport
4 months ago

At the end of it all‚ the emotions that come with a match-winning performance at his home ground and in front of his family got the better of Proteas ...
Sport
4 months ago
Next Article