SA captain Elgar: ‘We did not use foul language against Bangladesh’ 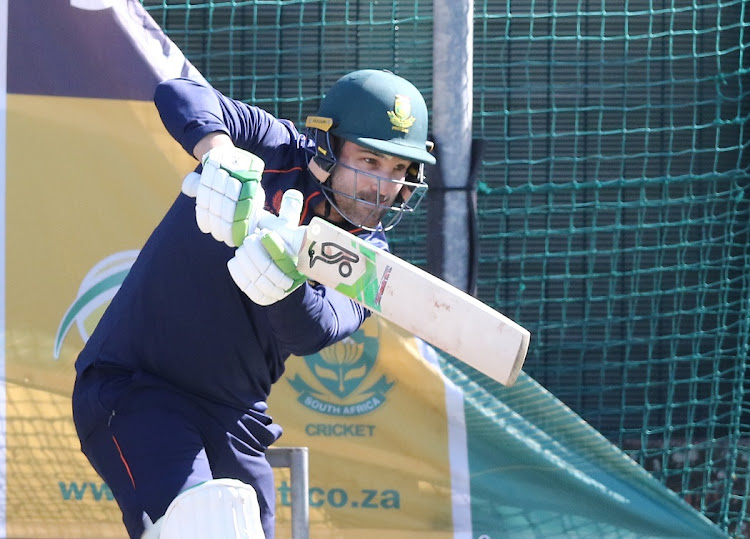 Proteas captain Dean Elgar advised Bangladesh to toughen up and focus on the game as the battle lines were drawn before the start of the second Test at St George’s Park in Gqeberha on Friday.

Allegations of biased umpiring and “unbearable” sledging were levelled against the Proteas by the visitors after their heavy 220-run defeat in the first Test in Durban last week.

An official complaint was lodged by Bangladesh with the International Cricket Council.

Elgar said his side were giving back what they had received. His team were returning the fire the Proteas had to endure while they were batting and was adamant no disrespect was intended to their opponents.

The visitors were furious after some close calls went against them in Durban, where they were competitive for most of the match before a batting collapse saw them dismissed for 53 in the second innings.

Players have since taken issue with their opponents for on-field taunts they said crossed the line.

SA captain Dean Elgar said the team is looking at a few bowling combinations for the first Test against Bangladesh in Durban, including the ...
Sport
4 months ago

The word “hurt” has been used repeatedly by senior players in reference to SA’s embarrassing defeat against Bangladesh in the ODI series last week.
Sport
4 months ago

“I don’t think those claims are justified, especially against the SA side. We play the game hard and we were just giving back what we received when we were batting," Elgar said in the pre-match virtual conference on Thursday.

“This is Test cricket, it is a man’s environment when it comes to playing at this level and I still intend to play the game hard.

“By no means did we swear or use foul language towards the Bangladeshi players because we still respect them in that nature.

“We were giving back what we were receiving when we were playing.

“I think they need to harden up and play the game at a level that they might not be used to.”

“The umpiring was tough. I don’t think the wicket helped, especially with the invariable bounce, which can maybe challenge umpires' decisions, and I am sure there are discretions [that] can be interpreted differently.

“I feel for them because they are good umpires.

“The human factor needs to be spoken about here because they are human beings after all and they do make mistakes, as do the players, so I am sure they will learn a lot from that.”

While there were still a few hours to make the final decision, he did not foresee any changes to the side that played in the Kingsmead Test.

“I think, if you want to have success in the Test arena or international cricket, you have to keep some sort of consistency going.

“Playing in PE, the conditions are similar to what we had in Durban, and viewing the wicket they have prepared, it does almost say that we might go in with the same kind of structure, but we still have a few hours to decide what we will go with.”

While the spinners shone in Durban, Elgar was confident his seam attack could play a big role in the outcome of the second clash and potentially decide the series if conditions were favourable.

Hosts South Africa will look to impose another trial by spin on seething tourists Bangladesh in the second and final test starting at St George's ...
Sport
4 months ago

Rickleton can stake Proteas claim after good showing in Gqeberha

Proteas batsman Ryan Rickelton aims to use the second Test against Bangladesh at St George’s Park in Gqeberha to cement a spot for himself in the ...
Sport
4 months ago
Next Article