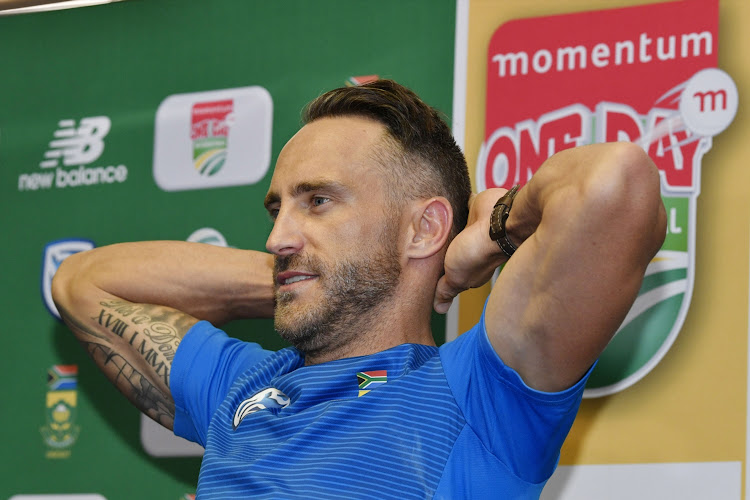 Faf du Plessis has come under heavy criticism from the media and the public for the team's poor performances over the past year.
Image: Lefty Shivambu

Faf du Plessis has for the first time revealed that he crumbled under pressure and requested the team management for some time off after the Proteas were trounced by England in the Test series.

The 35-year-old quit the national cricket team’s captaincy in mid February following a crushing 3-1 defeat to England in the four-match series.

Du Plessis was dropped for the limited-overs series with Cricket South Africa (CSA) at the time saying he was being rested.

But the Pretoria-born player on Monday contradicted CSA when he said the pressure to deliver results was just relentless and he ended giving in.

“So I ended up missing that T20 and the one-day series against England because of my request for some time away from the game as I felt that I needed to be very clear and get away and make a clear decision.”

Having finished seventh in a 10-team World Cup in England and having been completely outfoxed and outclassed by India 3-0 in a Test series after that‚ Du Plessis revealed the pressure started to take a toll on him.

“The season gone by is probably up there with one of the toughest I’ve had to face over my career because it had a lot of different elements to it that was not just about cricket.

“Obviously it started with the World Cup being a very tough and emotional roller coaster for a lot of us‚ not just me.

"Especially having to deal with it from the front of the point of view‚ there was a lot of emotions that went through that and that was really tough.

“We went from there to India which I knew it would be a really tough tour for us as a team and really big challenge for me to get through as a leader as well.”

Du Plessis said he knew during the forgettable tour to India following a disastrous World Cup that his Test team was nowhere near the required standards.

“We were way behind where we needed to be. We had a lot of holes. We were not scoring the runs as we should and we also didn’t have the bowling attack to take 20 wickets.

“Then the pressure really started to point towards me and a lot of energy was pushed towards me.

“In reflection after the Test series (against England) I went away and the biggest reason for that was that I felt there was a new coaching staff and a new coaching staff could sort of start doing the journey with someone new where I have a lot of value to add to that.”

Du Plesssis committed himself to continue playing in all three formats for the Proteas and said he has a role to play in grooming up the next leaders of the team.