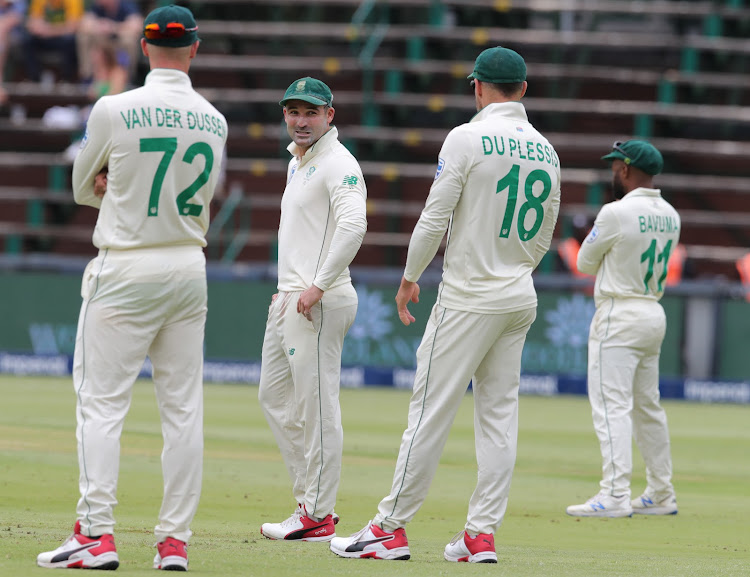 South Africa have dropped to sixth place in the International Cricket Council (ICC) men’s Test rankings that were updated on Friday.

By suffering their biggest rating fall of eight points‚ the Proteas took a dip after they lost eight of their nine Tests since February 2019 against Sri Lanka‚ India and England.

The Proteas’ chances of fighting their way back in the top five remains in doubt as their next Test series to the West Indies in July hangs in the balance due to the escalating coronavirus pandemic.

In other rankings moves involving matches that were played since May 2019 at 100 percent‚ Australia have moved to the top of the pile with New Zealand placed in second place.

India‚ who lead the ICC World Test Championship‚ are placed third and they are followed by fourth-placed England and fifth-placed Sri Lanka‚ with South Africa occupying sixth position.

In ODI rankings the Proteas are a distant fourth despite their 3-0 whitewash of Australia at home in March‚ which was followed by the tour to India that was cancelled after one washed out match.

In this format‚ the Proteas are behind top ranked England‚ who are the reigning world champions‚ second-placed India‚ third-placed New Zealand while Australia are positioned in fifth.

In T20s the Proteas are placed fifth after log leaders Australia‚ who are followed by England‚ India and Pakistan to complete the top five.