Australia's Usman Khawaja vows to bounce back after contract snub 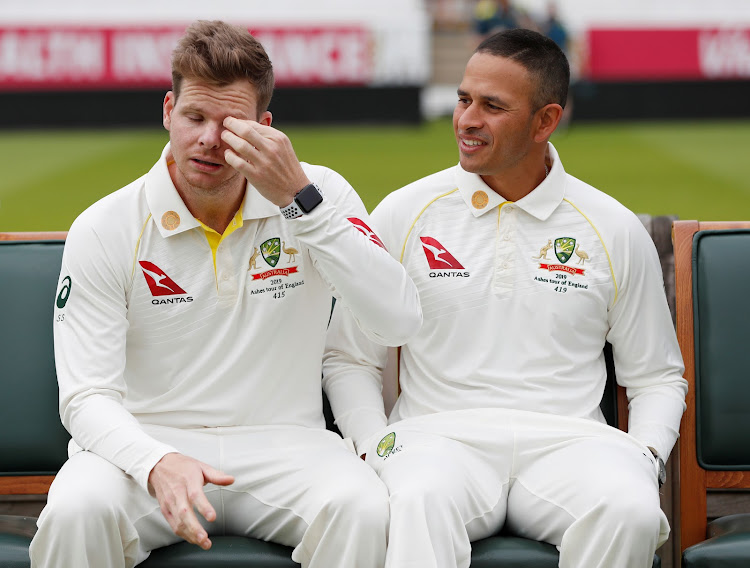 Islamabad-born left-handed batsman Usman Khawaja (R) believes he is still one of the top six batsman in Australia despite losing his Cricket Australia contract. Khawaja says when it comes to playing spin he is second only to former captain Steve Smith (L).
Image: Action Images via Reuters/Paul Childs

Usman Khawaja believes he is still among Australia's top six batsmen and can force his way back into the squad after being dropped a few days ago from the list of contracted players.

The top order batsman was omitted from Australia's annual list of 20 elite, contracted players in 2020, announced on Thursday, after falling out of favour with selectors midway through last year's Ashes.

"Without sounding arrogant, I still feel like I’m one of the top six batsmen in the country," the 33-year-old lefthander told Fox Sports on Sunday.

"If you're performing, you're performing; it's not like I'm 37 or 38 and coming into right at the end of my career," said the batsman who played the last of his 44 Tests against England in Leeds last August.

There are whispers about Khawaja's vulnerability against spin bowling but the Islamabad-born player said he is second only to Steve Smith when it came to negotiating the slow bowlers.

"My playing against spin has been right up there as some of the best in the county. Bar maybe Steve Smith, who is an absolute genius," he said.

"But the most important thing is to score runs."

Former Australia captain Allan Border has termed Khawaja's omission from the list of contracted players "strange", while former Test player Mark Waugh expects the batsman to force his way back into the squad.