SA's World Cup further down the drain after Windies washout 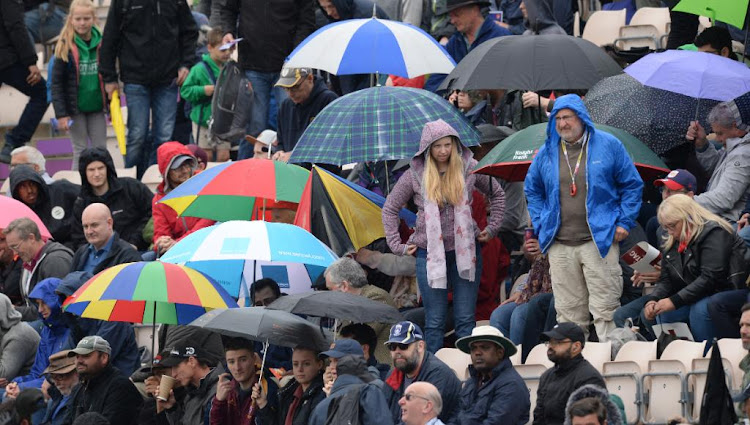 Fans were disappointed that they could not see the rest of the action on matchday 15. South Africa will be happy with a point after losing their opening three matches.
Image: Cricket World Cup/Twitter

South Africa’s bid to reach the World Cup semi-finals is hanging by a thread after their match against West Indies was washed out in Southampton on Monday.

Jason Holder won the toss‚ put the South Africans in to bat‚ and saw Sheldon Cottrell reduce them to 29/2 on a responsive pitch in the 7.3 overs bowled before rain arrived and stayed.

The point South Africa earned from the result follows their three losses‚ and means they are now even more dependent on other teams’ efforts to put them in the semis — even if they win all of their remaining five games.

Cottrell and Kemar Roach tore into Hashim Amla and Quinton de Kock‚ who were separated after 17 deliveries when Amla steered Cottrell to slip.

Fifteen balls before the interruption‚ Aiden Markram fiddled down the legside to Cottrell and was caught behind.

De Kock was given out to Roach’s first delivery of the match‚ which flicked his arm on its way to wicketkeeper Shai Hope — as revealed when De Kock referred the decision.

He was still there when the rain came‚ 17 not out of 21 balls‚ with Faf du Plessis scoreless after seven deliveries. Cottrell took 2/18 from his four overs.

South Africa’s next match is against Afghanistan in Cardiff on Saturday.

They will be confident of winning their first match of the tournament‚ but the matter may again be taken out of their hands — rain has been forecast for the Welsh capital this weekend.