OPINION: Coulda‚ woulda‚ shoulda: what AB must do now 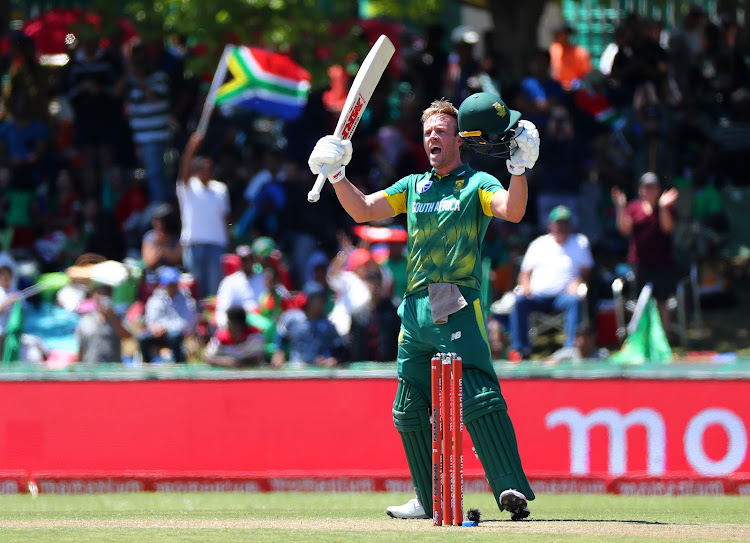 What would AB do? The question would have been asked with growing frequency as South Africa shambled from one loss‚ to another‚ to still another at the World Cup.

Then‚ on Thursday‚ 12 hours after they went down to India by six wickets in Southampton to slip within one more defeat of‚ probably‚ falling out of the running for the semifinals‚ we were told what AB wanted to do‚ according to ESPNcricinfo.

He wanted to play in the World Cup‚ and said so. The administrators told him to go away. What a stupid thing to do.

If whoever released that narrative into the world thought they could control it‚ they don’t understand viruses. Or maybe they do‚ and too well.

The disgust directed at AB de Villiers quickly swamped support for him‚ and by Friday morning the swell had broken into a tsunami of anger.

How dare the man pop up on the eve of the World Cup squad announcement to make himself available? Does he have no respect for the other players who had‚ since his retirement in March last year‚ with South Africa’s preparation and planning for the tournament in full swing‚ worked so hard to fill the void?

Does he honestly think so much of himself? Go away‚ and stay away‚ and that’s putting it exponentially more politely than it was.

All that‚ mind‚ without anyone apparently being able to confirm on the record — not without trying — whether De Villiers had‚ in fact‚ made his alleged offer. To whom? When?

We know what Cricket South Africa say. What is missing is De Villiers’s version. All we have from him is a glib social media post: “All that’s important is that we should all focus on supporting the team at the World Cup. There is a long way to go and I believe the boys can still go all the way. #ProteaFire”

It’s the tone-deaf hashtag that irks the most. The Proteas are already on fire‚ and not in a good way.

What should AB have done? Say nothing‚ or explain himself. Telling everyone to sit down and be quiet and cheer for the team is the worst imaginable response besides him saying‚ “See how bad they are without me.” Which is what people think he’s saying‚ anyway.

This has dumped De Villiers’s former team squarely in the dwang. If they weren’t wondering how different this World Cup would have been for them had he been involved‚ they are now. And every South Africa player or coach who dares to show their face at every press conference from hereon in is highly likely to be interrogated on the issue.

It does not serve South Africa‚ at all‚ to have to fight on this second front in such already desperate times.

It does serve their opponents. Can we be sure the leak didn’t come from them?

Does it serve De Villiers? You wouldn’t think so. He‚ like the team he left behind‚ has moved on. But only he can draw the sting from this saga.

What should AB do? Play one more innings for South Africa‚ with words. Don’t pad up‚ speak up: what‚ if anything‚ did you want and when did you say so?