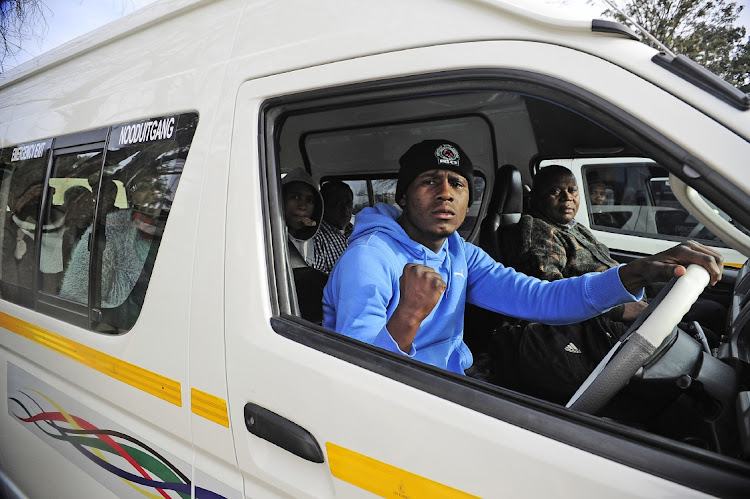 Roland Malindi has proven there's little honour in being an SA boxing champion, because despite being the reigning bantamweight king, he still moonlights as a taxi driver.

He has ruled the division with iron fists since 2018. Malindi, 27, has chalked up four defences on the national title he won in his very first attempt and he remains undefeated as a fighter in 18 fights.

Malindi, who is trained in Westbury by Bernie Pailman, defends his title against Rofhiwa Nemushungwa at Steve Tshwete Memorial Banquet Hall in Middelburg, Mpumalanga, tomorrow night.

When he won the national title, there was hope for a brighter future, but instead it is the taxi he drives that enables him to put food on the table rather than a sport which made him an undefeated national champion.

It was the same case with Thomas Mashaba. He held the SA and IBO featherweight belts but when not in training he had to go for gold, literally, working thousands of feet underground in a mine in Carletonville where he drove a locomotive train.

The same happened to SA junior middleweight female champion Mapule Ngubane, who cleaned dustbins in Soweto to earn a living. She later worked for a carwash. Ngubane now works as a bouncer at a nightclub in Hillbrow.

In an effort to remedy the situation where champs have to find meaningful employment despite being professional boxers, Boxing SA has promised to find a sponsor for the national belt.

“We are working hard at sourcing out companies who used to sponsor boxing, so that the SA title comes with monetary [incentives]. For instance, when we launched the Eastern Cape belt last week we said we will call on the corporate sector to come on board and sponsor the belt," said BSA acting CEO Nsikayezwe Sithole.

“It is the same thing we want for the SA title. We want it to go with a price. I mean similar situation like in football where DStv sponsors the PSL league and winners at the end of the season walk away with millions [of rand]. If you can’t do that with boxing then you will not be able to make the SA title prestigious.”

Fulton might be pushed to defend against Tete, says Tengimfene

The world is Zolani “Last Born” Tete’s oyster after his great victory in annexing the IBF International, Commonwealth and WBO intercontinental ...
Sport
1 month ago

Bongani “Wonderboy” Mahlangu made history by becoming the oldest active boxer in SA to win a national boxing title.
Sport
1 month ago

The arrival on Sunday of Katie Healy from the UK confirmed that the WBF junior- featherweight title fight between her and Matshidiso Mokebisi is ...
Sport
1 month ago

Tete one step closer to IBF title, thanks to Warren

Frank Warren, the 70-year-old British boxing promoter, is carrying the hopes of millions of fanatic boxing followers in SA on his shoulders, as he ...
Sport
1 month ago
Next Article