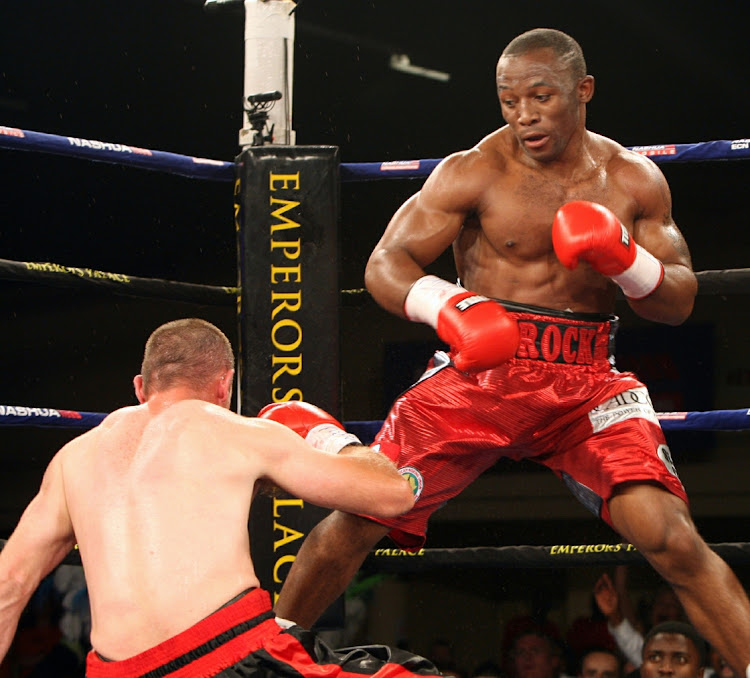 Thabiso Mchunu from KwaXimba in Pietermaritzburg is hard at training in Johannesburg, preparing to face Ilunga Makabu.
Image: Antonio Muchave

Instead Mchunu, from KwaXimba in Pietermaritzburg, is hard at training in Johannesburg, preparing to face Makabu. The champion’s controversial American promoter Don King announced this week that the battle of the two left-handers will take place on January 29 in Ohio where the 90-year-old veteran promoter lives.

The camp of Saul Canelo Alvarez had suggested that they had struck a deal for Mchunu to step aside to allow Makabu to defend against the Mexican star in May next year.

Alvarez wants to become the five-weight world champion – from junior-middleweight to light-heavyweight. He is the first boxer in history to become undisputed champion of the super middleweight division, having held the WBA Super, WBC and Ring Magazine titles since 2020, the WBO title since May and the IBF belt since last month. But Mchunu has now thrown a spanner in the works.

Alvarez’s trainer Eddy Reynoso has been quoted by Matchroom Boxing saying: "Right now we're in talks with the manager of the champion. He has a date in February where he has a mandatory defence against Mchunu. We're going to see if we can have negotiation to have a step aside and then fight in May."

When contacted Mchunu said: “No-one from Alvarez's camp has spoken to me. Writers like hyping up things and they end up lying. I want to fight Makabu and I am training for Makabu.”

This whole thing emanated from Reynoso’s request to the WBC during its convention last month to allow Alvarez to challenge Makabu. The WBC in its statement quoted president Mauricio Sulaiman saying his organisation had approved that request.

Some boxers have become overnight multi-millionaires through "step-aside" fees. For instance, Frank Warren offered Deontay Wilder $20m to waive his right and let Tyson Fury face Anthony Joshua. Wilder turned it down. He fought Fury and got stopped in the seventh round for $4m.

Box-and-dine has become a fashionable concept in SA boxing. It started about 30 years ago as part of development tournaments and has completely ...
Sport
5 months ago

Promoter Tshele Kometsi says the Gauteng Boxing Promoters Association is excited to have Zolani “Last Born” Tete on board for a tournament penciled ...
Sport
5 months ago

Azinga Fuzile's trainer Mzamo “Chief" Njekanye says the boxer's loss in a world title challenge at the weekend is a learning experience that will ...
Sport
5 months ago
Next Article