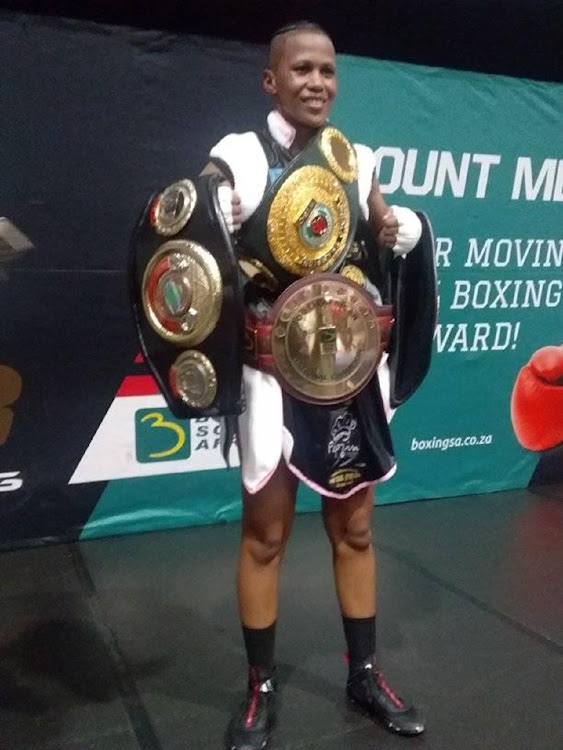 Sharadene “Shinzo” Fortuin affirmed her worthiness and value as the SA bantamweight boxing champion after retaining the domestic title with a unanimous points decision after 10 rounds against Melissa “Honey Bee” Miller in Durban over the weekend.

Fortuin’s victory put to rest doubts of her being done a favour by two judges in their first fight at Booysens Hall in August. The third judge scored that fight a draw.

Miller lost the title under debatable circumstances. Aggrieved by the verdict, her management filed an official complaint with Boxing SA (BSA) and requested that the fight be reviewed. BSA appointed neutral judges who all scored the fight in Miller's favour. The official decision stood but BSA ordered a rematch which Fortuin won hands down on Saturday afternoon.

Golden Gloves event goes ahead despite being rocked by Covid-19

Golden Gloves' box-and-dine tournament at Emperors Palace tomorrow has been plagued by one drama after the other but it is going ahead nonetheless.
Sport
1 month ago

Trainer Harry Ramogoadi was smiling from ear to ear when approached for comment after the second meeting. “I am glad that we put this matter to bed,” he said. “We can now say we beat her fair and square and we can only get better from here. The approach was different and Sharadene applied the things we worked on.”

He gave credit to Miller for her efforts. “Miller was always going to bring the heat but we extinguished all that fire,” said Ramogoadi. “I went to her to find out how she felt and she accepted defeat;  even her trainer [Lucky Ramagole], for whom I have utmost respect,  had no complaints.” Fortuin – who has previously held three IBO belts – improved to 13 wins against one loss and a draw, while Miller suffered her 12th defeat against five wins and three draws.

Other results in the women-only tournament: