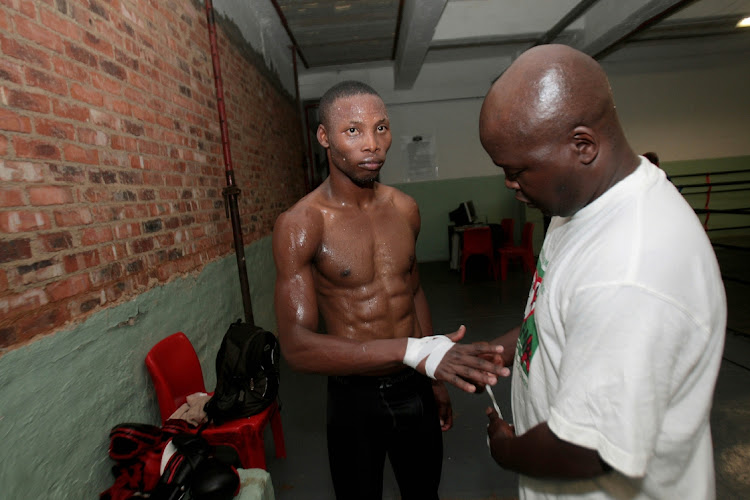 Promoter Tshele Kometsi says the Gauteng Boxing Promoters Association is excited to have Zolani “Last Born” Tete on board for a tournament penciled down for December 12 at Booysens Hall.

“I am very happy to co-promote with them and also working closely with Queensberry Promotions of promoter Frank Warren, who promotes Zolani in the UK. This gives weight to what we have been doing; clearly it means there is trust,” Kometsi said.

“We will be giving food parcels to veterans on the day of the weigh-in, which will be on December 11. On the same day we have invited all licensees to join us for lunch at Booysens Hall.

“Over and above that, late in January we will go into another conference and we are taking with us strategic partners because we have seen that our previous conference helped us to take decisions. We came back and implemented the mandate that was taken at the conference on January 20.”

It has been eight years since Tete from Mdantsane fought in Johannesburg. That was when he first overwhelmed Eduard Penerio with ring generalship before eventually knocking him out within the distance at Carnival City, Brakpan on March 23 2013.

The former IBF junior bantamweight and WBO bantamweight holder will make his Jozi comeback against Iddy Mustafa Ally Said – the 23-year-old Tanzanian who has been a professional boxer since 2014. He’s fought most of his fights at home.

Said failed to win the ABU bantamweight belt in 2019, and he could not make up for that stoppage loss to Prince Patel in Cairo by losing to Alfred Lampey, again, by a stoppage, when they fought in Accra for both the WBC Youth and WBO Youth belts on September 4.

Said from Dar-Es-Salaam has lost four of his 19 fights with 14 wins, seven by knockout and two draws.

Azinga Fuzile's trainer Mzamo “Chief" Njekanye says the boxer's loss in a world title challenge at the weekend is a learning experience that will ...
Sport
5 months ago

The township of Lamontville in Durban will get its first professional boxing tournament.
Sport
5 months ago

It was one of those bittersweet weekends for the fight fraternity in SA.
Sport
5 months ago
Next Article