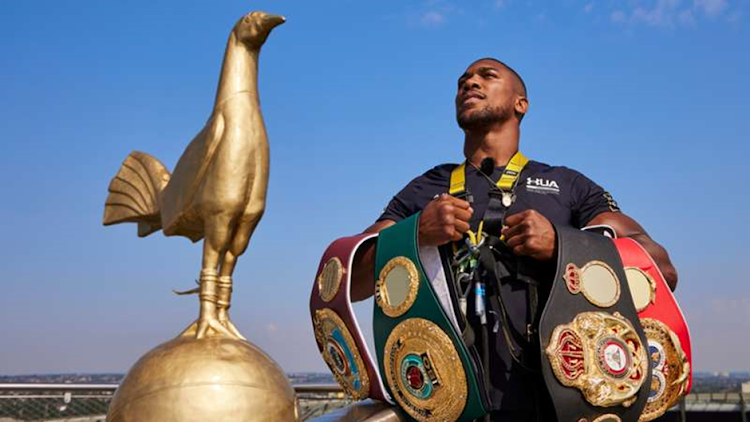 Anthony Joshua is offering a special pair of signed gloves for one lucky African fan. This is a token of appreciation for his fans’ unwavering support throughout his career, and all they have to do is subscribe to the DAZN app.

Fans in SA can pay as little as R29, and 823 naira in Nigeria, to experience the brawl. The DAZN app is an answered prayer for African boxing fans who have not been included in boxing action in recent years.

Joshua defends the WBA, WBO and IBF heavyweight titles against the undefeated Oleksandr Usyk at Tottenham Hotspur Stadium on September 25 2021.

DAZN, the global sports streaming platform, has secured exclusive rights to the heavyweight showdown between reigning Joshua and former cruiserweight world champion Usyk in more than 170 countries and territories worldwide — including North America, South America and Oceania as well as much of Europe, Asia and Africa.

“We’re thrilled to continue our strong relationship with Matchroom, Anthony Joshua and his team at 258MGT, as the global home of boxing,” says Ed Breeze, DAZN’s executive vice-president of rights. “This fight will be an all-out heavyweight battle between two of the best in the division, live from a remarkable stadium in front a full house of avid fans. The countdown is on, and we cannot wait to bring this epic clash to our subscribers around the world.”

Joshua (24-1, 22 KOs) last dominated Kubrat Pulev to score a ninth-round knockout at The SSE Arena, Wembley, in December in his first fight on UK soil since he stopped Alexander Povetkin in seven rounds at Wembley Stadium in September 2018.

Joshua is the local heavyweight hero famed for his athleticism, explosive power and versatility. In his path is the dangerous Ukrainian pound-for-pound star Usyk (18-0, 13 KOs), who successfully made the move to the heavyweight division after dominating at cruiserweight, ending his extraordinary spell at 200lbs as the undisputed king with a phenomenal run of victories. Usyk operates behind a mysterious and unpredictable persona but is the real deal with a boxing IQ that’s one of the best in the fight game.

Both fighters are incredible specimens on their own paths to greatness with two arsenals of weaponry. It’s an unforeseen series of events and circumstances that have brought these great fighters together but their difference in styles, personalities and journeys will make for the perfect storm.

For more information and to follow the action, tune in to The DAZN Boxing Show, the only daily boxing show available to fight fanatics worldwide. It’s the go-to source that keeps boxing fans on the pulse of all the latest global boxing news and drama featuring expert insights and interviews with the most recognisable faces of the sport.

The DAZN Boxing Show will be on site in London all fight-week long in the lead-up to September 25, covering all the fight news and excitement on the ground for fans across the globe in all 200-plus markets that DAZN is available.

Where can I stream DAZN?

Here’s a list of devices where DAZN is available, including web browsers on DAZN.com: (Note: In Argentina, Chile and Colombia, new users can sign up via devices only, and not via web browser.) 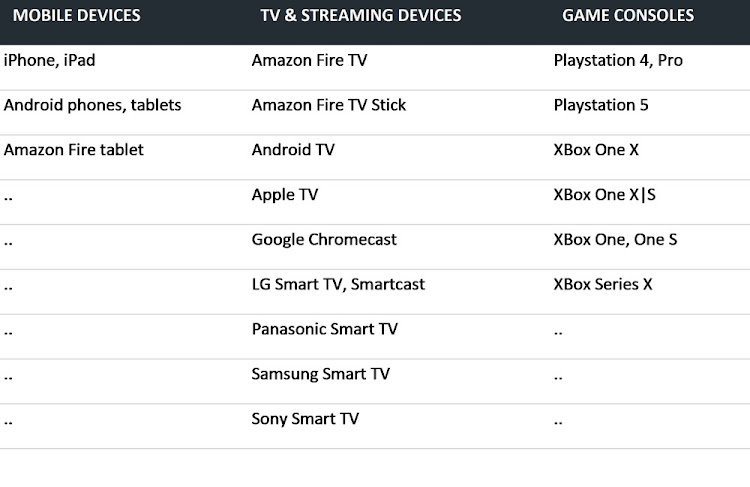 This article was paid for by DAZN.