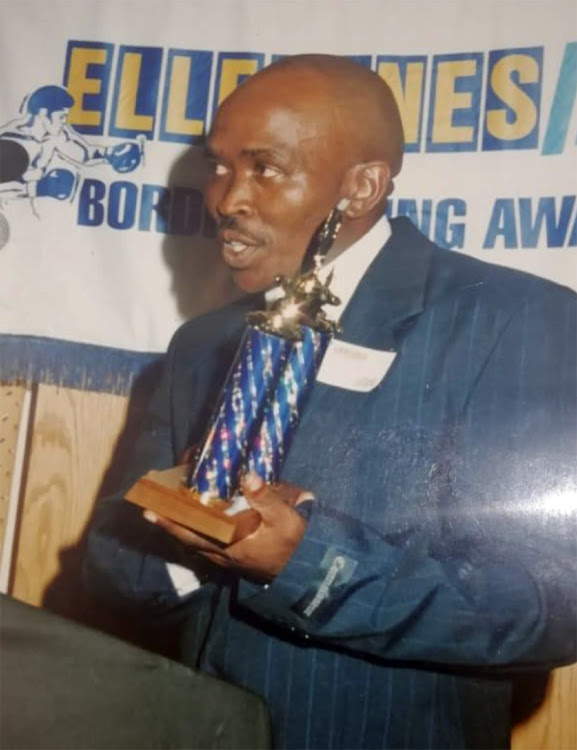 Pillars of strength in the promotion of boxing in East London have fallen and even the remnants have collapsed. Longest-surviving promoter Chris Phondo of Phondoi Boxing Production has died at the age of 68.

He served the sport with dignity for more than three decades. A soft-spoken individual, Phondo had been ill for a short time.

He passed away on Friday evening last week. Phondo had been in boxing since the 1980s, though he did not get to stage high-profile fights.

Thando Zonke – who is chair of the Eastern Cape's promoters' association – described the death of Phondo as a tragedy to the fistic sport in the province. “The last time I spoke to him was on Tuesday last week and he said he had flu,” Zonke said yesterday.

“I then received a call from a family member on Friday night informing me that he has passed away. Chris was not just the longest-surviving or serving boxing promoter but he was a pillar of our strength when it came to support in our quest to revive boxing in the province.

“Chris always came with mature suggestions and he wanted the best for boxing more than anything. He was our elder and we relied on him for wisdom. He was a good man and wonderful person for boxing too.”

The challenge is on for Ayanda Matiti and Terries Ntuthu to make sure that there is action and continuity in the production of champions, otherwise Mdantsane, which is known as the mecca of boxing for producing great boxers, stands to lose that title.

The death in February of Mzimase Mnguni – a renowned trainer, promoter and manager who produced many world champions – signalled danger to the fight game in the Eastern Cape as a whole.

He had picked up the spear from other greats promoters like Boyce Zitumane and ran a perfect race, which saw his Eyethu Gym in Mdantsane produced legitimate world champions.

There are other promoters – Matiti, Ntuthu, Zonke, Ntsikayezwe Sigcawu, Bongani Zulu and Xolani Jamani – still doing well but all eyes are on Matiti and Ntuthu, who have shown great potential and capabilities to host big tournaments.

Boxing SA’s threat of sending licensees to the guillotine for participating in activities outside the country without the clearance was yesterday ...
Sport
8 months ago

Doubting Thomasses who described Patrick Bonyeme as a fantasist when he boldly said  Youssof “The Terrible One” Mwanza would beat the favourite ...
Sport
8 months ago

Trainer Charity Mukondeleli’s star is rising. The former professional boxer is the new assistant to successful veteran trainer Norman Hlabane at the ...
Sport
8 months ago

Boxing is still complicated and dogged by the politics and infighting of the sport’s numerous sanctioning bodies.
Sport
8 months ago
Next Article