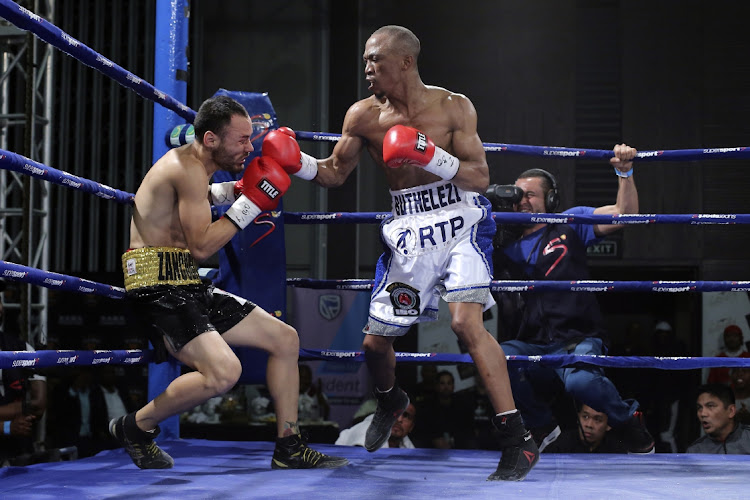 IBO junior-bantamweight champion Gideon Buthelezi and Sabelo Ngebinyana yesterday exchanged heavy verbal blows, setting the tone for what promises to be a titanic battle of left-handers in June.

First to fire his salvo was 34-year-old Buthelezi.

“First and foremost I don’t rate this boy at all and secondly, he’s just big talk but no action,” he said. “I want to be brutal in this fight. I plan to deform his face ... he must look like he was hit by a train. I swear he won’t hear the bell going for the 12th round. If he does, I will give him R1,000.”

Buthelezi says he is angered by the cheap talk and arrogance shown by Ngebinyana during some of his interviews.

“The mere mention of his name makes my blood boil. I am bringing my A-game – something that has not been seen of me. War will begin right from the moment the referee says box on.”

Buthelezi has not fought since July 27 2019, when he registered the fifth defence of his title. He has 22 wins against five losses.

Ngebinyana, who holds the SA title, said Buthelezi will not go past four rounds.

“I am sending him straight to retirement,” said Ngebinyana, who is fresh from a points win over Ricardo Malajika at Emperors Palace last month.

“I know that Gideon will over-train himself and that won’t be good for an old man like him. He will also be fighting against ring rust. I want his promoter to know that the game is over for his boxer. Gideon’s time is up. It’s time for fresh blood and I will prove it.”

He has stopped 10 of his 13 victims, against four losses.

Khanyile Bulana's camp will ask the IBO to review his fight following the conduct of the referee during his title challenge to Michael Magnesi in ...
Sport
1 year ago

Nontshinga appeared to control the fight as he flicked his jab and used lateral movement to avoid the Filipino's left hand.
Sport
1 year ago
Next Article