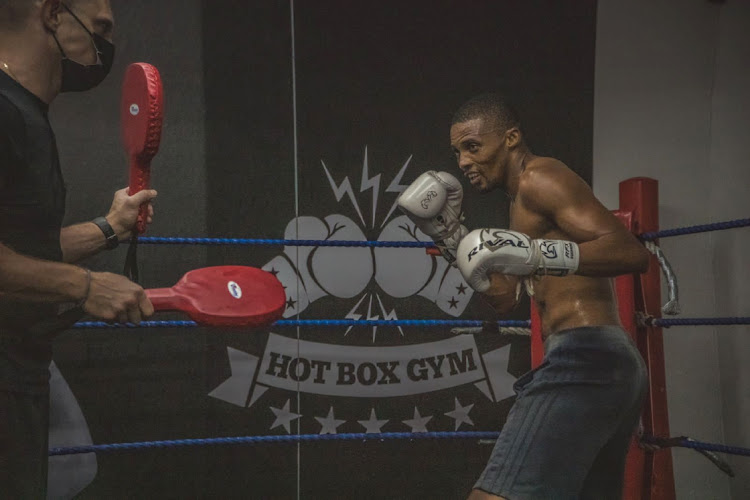 Bulana Khanyile has vowed to fight until his hands break for the IBO title in Italy on Friday.
Image: SUPPLIED

Strange as it may sound, Khanyile “Silent Problem” Bulana has ostensibly chosen death than to lose in an IBO junior-lightweight title against defending champion Michael Magnesi in Italy on Friday.

The 29-year-old boxer from Scenery Park, a suburb in East London, said: “This title means a lot not only to me but to my family too. It makes it possible for me to change the living conditions at home. Boxing, to some of us, is the way out of poverty, so I have told myself one thing that mandife xa kufuneka ndifile (I must die if I have to) for this world title.

“I joined boxing at the age of 19 and like any other boxer, my dream was to win a world title. That opportunity has come and I want to thank Colin Nathan for getting me to fight for it. I am excited that I will be the first pro boxer from Scenery Park to fight for a world title; so I am going out there to represent all people from my hood,” he commented before he, trainer Vusi Mtolo and assistant Johan Trutter, jetted off to Italy last night.

Khanyile described Magnesi as an aggressive fighter who rely on power.

“He’s got flaws and he makes a lot of mistakes. I have prepared myself for the full 12 rounds,” he said.

The Italian will bid for the first defence of the title he won in November last year. Bulana, and the 26-year-old champion are undefeated in their careers. Bulana has knocked out 10 of his 12 opponents while Magnesi, a former IBO Inter-Continental champ, has 10 knockouts in 18 wins.

Mtolo said they had a very good camp.

“There will be no excuses,” he said.

“Bulana is a very good boxer who is like Gabula Vabaza (an elusive left-hander who died in 2018). Gabula could hit you clean one way and not give you the opportunity to touch him."

SA junior featherweight boxing champion Ayabonga "Jay Jay” Sonjica can become the finest fighter in SA if promoters give him opportunities to test ...
Sport
3 weeks ago

Expect to see the Azinga “Golden Boy” Fuzile that you all know when he takes on Martin Ward in an IBF junior-lightweight elimination fight at ...
Sport
3 weeks ago