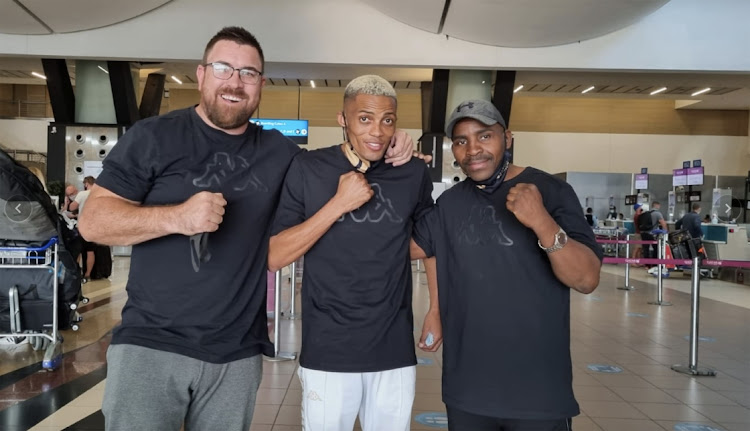 The SABC has come under fire for its live broadcast of an IBO junior lightweight boxing match between reigning champion Italian Michael Magnesi and Bulana Khanyile. The bout took place in Italy on Friday evening.

Gauteng Boxing Promoters Association chairman Tshele Kometsi said he wrote to the general manager of the national broadcaster, Gary Rathbone, to question the airing as the broadcaster has failed to show many South African tournaments.

“We have been made by the SABC to believe that they don’t have money when we request live broadcasts of our tournaments. We then decided to give them our content free and, to make matters worse, we pay for streaming if SABC happens to come on board with a promoter. But now it’s clear we have been fed lies and we need clarity on this matter.

“Clearly they have money, so they may as well pay us for all the content that promoters have been giving them for free. I accidentally bumped into the live boxing broadcast by chance because this fight was not even publicised by the SABC. That fight did not last even a round – what a waste of taxpayers’ money.”

In response, Rathbone said: “We felt that as it was a South African fighter in a title fight fighting overseas, that we should try and give the bout coverage as we try and do with all South African sports people who feature in overseas events.

“Secondly, it is a pity he went down in the first round, but there’s not much we could do about that. The fact that we couldn’t get our advertising out more effectively was due to a number of factors, including that we got notice of the fight rather late and then still had to complete our business plan and the contract before we could confirm this on our schedule for marketing to work on.

“On top of that, we have a lot on our plate at the moment with the recent launch of our new Sport Arena show and the SABC Sport channel, a factor which has meant we have not been able to be on top of everything right now.

“We have been covering a number of SA fights live whenever we can, and money and effort have definitely been spent in that direction, and we will continue to do so. In this respect, the fight was also available to us at a very low fee for an international bout with a number of costs being covered as part of that fee to ensure we could deliver this extremely cost effectively. So any presumptions as to us spending any significant amount of money on this are largely misguided.”

Strange as it may sound, Khanyile “Silent Problem” Bulana has ostensibly chosen death than to lose in an IBO junior-lightweight title against ...
Sport
2 weeks ago