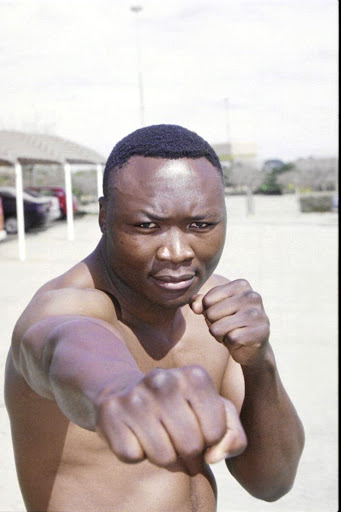 Unsung boxing hero Jacob "9mm" Mofokeng - the first black South African heavyweight champion - stands resolute when it comes to his stance on whether Mike Tyson should make a comeback or not.

The 55-year-old retired left-handed former SA, IBF Continental and WBU cruiserweight titlist from Bethlehem in the Free State once assisted Tyson with sparring when the then feared American was preparing to face local hero Francois Botha at MGM Grand in Las Vegas in 1999.

A well-executed short right dropped the former IBF champion in round five. Botha tried to get up but referee Richard Steele had already reached the count of 10.

Former heavyweight champion Evander Holyfield has said he is open to facing one-time rival Mike Tyson in a trilogy fight for charity on the condition ...
Sport
1 year ago

Mofokeng, who was trained by both Nick Durandt and Elias Tshabalala, said: "I heard that Mike Tyson is making a comeback and I believe that his long break since losing gave him enough time to heal if there were damages. I am even tempted to say Tyson was born to fight. The key thing here is mental fitness. Physical fitness is easy to regain and you know Tyson does not need many rounds because he's got natural power."

Speculation is mounting about Tyson's return to the sport after the former champion began publicising his dramatic weight loss and sparring sessions in the ring, 15 years after his last fight which was a stoppage to Kevin McBride in 2005. That was Tyson's sixth defeat against 50 wins with 44 knockouts.

Tyson, 53, is said to be interested in facing namesake WBC holder Tyson Fury in a series of boxing matches for charity which could also see him take on his tormentor Evander "Real Deal" Holyfield in what will be their third meeting.

It seems realistic because 57-year-old Holyfield announced that he was back and has shown videos of his workouts.

"Tyson can surprise us by going on to beat even the likes of Fury and Deontay Wilder in real boxing matches," said Mofokeng.

Top trainer Anton Gilmore has given Mike Tyson and Evander Holyfield a thumbs up for their highly publicise exhibition boxing bouts.
Sport
2 years ago

British promoter Eddie Hearn says he would probably like to see former heavyweight champion Mike Tyson fight again but has questioned whether boxing ...
Sport
2 years ago
Next Article