Veteran referee made a mark 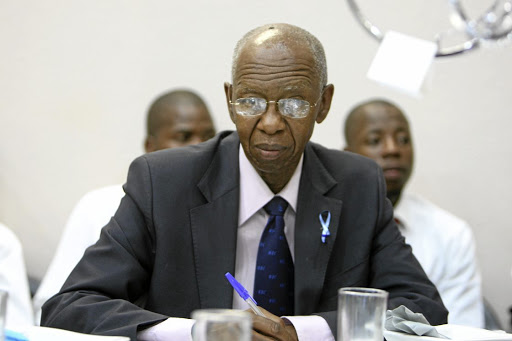 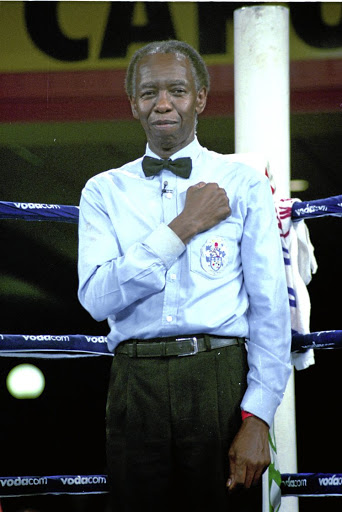 The referee is the sole arbiter in all championship contests and the only official authorised to stop a contest at any stage if he considers it to be one-sided.

If a boxer is in such a condition that continuing might expose them to serious injury, the referee can end the match.

If there is one boxing personality who escaped death by the skin of his teeth on this day - June 14 in 1986 - for stamping his authority as a referee, that would be Alfred "Bra Alf" Buqwana.

His cardinal sin was to call off the 12-rounder fight between defending SA welterweight champion Harold "The Hammer" Volbrecht and challenger Arthur "The Fighting Prince" Mayisela a technical draw.

The boxers accidentally clashed heads in the fourth round of their fight at Sun City.

Doctor Joe Jivhuho inspected the wound and advised that the fight be stopped in round five because the blood blocked Volbrecht's view. Buqwana implemented the decision.

Ordinary people did not know it then but it was in the rules. A technical decision could only be taken after half the number of scheduled rounds had been fought.

In that case the fight had not reached the halfway mark. It was the first time that such a decision was implemented in SA and that made Buqwana both famous and unpopular, specifically among the black community.

The public broadcaster has been blamed for contributing towards giving local boxing's popularity a knockout blow due to lengthy blackouts on ...
Sport
3 years ago

Mayisela, their favourite fighter, lost out on the title and black people bayed for Buqwana's blood.

All world bodies then amended their constitutions to restrict the rule to four rounds, not half the scheduled rounds, in order to give leeway to six, eight and 10 rounders.

Buqwana was appointed as the first black SA referee to officiate in a major world title fight between then defending WBA junior lightweight champion Alfredo Layne against Brian Mitchell at Sun City on September 27 1986.

His appointment resulted in him receiving the Lifetime Achievement Award presented by former president Thabo Mbeki in 1993.

One of the highlights of his career was judging the WBA heavyweight fight between Mike Tyson and Evander Holyfield at MGM Grand Casino in New York in 1997.

That bout made history for the wrong reasons after Tyson bit off Holyfield's ear, and he was disqualified.

Buqwana, the well-travelled former boxer from Orlando West in Soweto, officiated in more than 50 world title fights around the world.

The former Transvaal featherweight champion was trained by Theo Mthembu at the famous Dube Boyz Club. He retired in 1975 after winning 55 of his 60 fights and began officiating in 1976.

Poor health forced him to leave his beloved sport in 2017 at the age of 76.