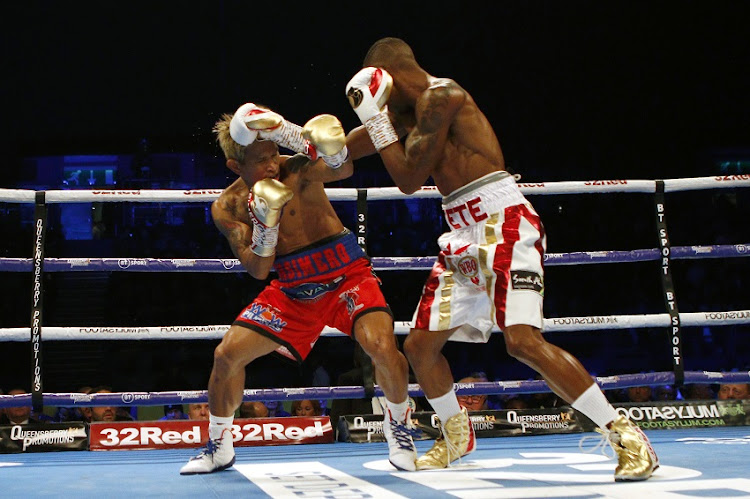 Zolani “Last Born” Tete zigged when he was supposed to have zagged in front of John Riel Casimero‚ who shattered his dreams of retaining the WBO bantamweight belt in the UK last weekend.

In so doing Casimero put himself in line to face unified IBF and WBA holder Naoya Inoue in a money-spinning unification bout next year.

Tete‚ a former WBF flyweight and IBF junior bantamweight‚ was bidding for the fourth defence when he was stopped in round three by Casimero in the UK last weekend.

The charismatic fighter from Mdantsane in East London – BSA’s 2018 boxer of the year – pocketed R3‚2 million‚ which was determined by the purse bid that the boxer’s UK promoter Frank Warren won by outbidding Manny Pacquiao Promotions by $300‚000 in September.

Tete had been a tipped to beat Casimero and that was based on three factors – size‚ awkwardness and power.

Casimero‚ the former IBF junior flyweight and IBF flyweight holder‚ is new in the bantamweight class where he introduced himself by winning the interim WBO belt in April. But Casimero was able to stop Tete whose previous stoppage had been to ferocious puncher Moruti Mthalane in 2010.

Tete’s trainer‚ Loyiso Mtya‚ a former SA junior middleweight non-white champion‚ said: “There is an old saying in boxing that you can do two things‚ and that you either zig or zag. Zolani zigged when he was supposed to zag.”

Mtya was referring to Tete’s move to duck too low – and also straight into the path of Casimero’s blow that dropped him.

“In so doing he collided with the punch. It’s not the effect of that blow which dropped him bur rather him colliding with the blow. That is why I am using the old saying that you sometimes zag when you must zig‚ or either way.”

Mtya said he and assistant trainer Andile Mofu screamed at Tete to hold on for dear life‚ which is another form of “illegal” defence of extricating oneself from danger‚ especially after being caught badly with a punch.

Tete got up quickly‚ still dazed‚ and went down on his own rather than being punched. Again‚ he got up and this time Casimero flurried punches on the defenceless Tete who was rescued by the referee from total destruction.