Fernandes does about-turn, back to produce champions 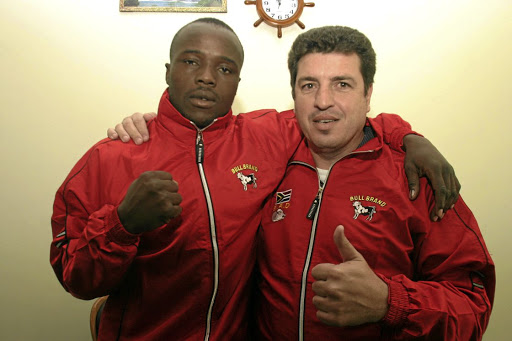 When Irvin Khoza introduced the slogan "Once a Pirate, always a Pirate", the Orlando Pirates chairman did not know that this phrase would go as far as rubbing off on the boxing fraternity.

Khoza's expression was borrowed by Manny Fernandes yesterday when he revealed that he has gone back to doing what he loved most - train fighters.

"Once a trainer, always a trainer," said the man who can best be described as a boxing tutor par-excellence.

Fernandes had, for few years, stopped honing the skills of fighters and promoted fighters under his BRD Promotion, which he jointly ran with his wife Sonja.

When Fernandes stopped training boxers, his son Richard - a retired professional boxer - took over but you could tell that Fernandes's magical touch was missing.

Fernandes did a good job as a promoter by giving young fighters action.

But in his heyday as a trainer, he turned ordinary boxers including Isaac "Angel" Hlatshwayo to be world beaters.

Fernandes - who was Durandt's biggest competitor - said: "I am back as a trainer and I have just been joined by Joshua Studdard."

Fernandes's old gym was at Wembley Arena but he is now housed at Turffontein Racecourse, which has opened doors to boxing promoters including Unleashed Combat Sport of Shereen Hunter.

Fernandes said one of his boxers is SA junior featherweight female champion Matshidiso Mokebisi from the Free State.

"There are lots of bigger things coming up ... just watch the space," he warned.

Having made a vow "never" to lose against a South African opponent again after being defeated by Azinga "Golden Boy" Fuzile last year, Rofhiwa "War ...
Sport
3 years ago

Akani "Prime" Phuzi going into his fight for the vacant WBA Pan African cruiserweight.
Sport
3 years ago
Next Article