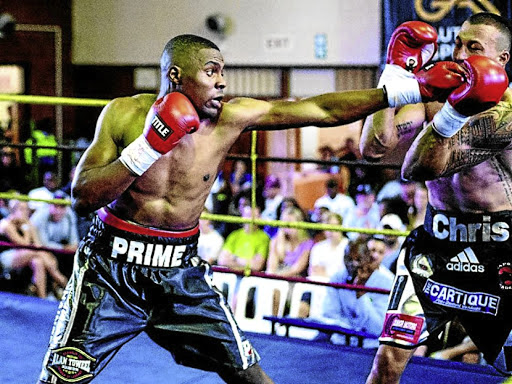 Akani Phuzi finds himself in a precarious situation.

"Prime", as the current WBA Pan African cruiserweight champion is known, is rated No1 for the SA title held by Thabiso "The Rock" Mchunu.

Mchunu - former holder of the WBA Pan African and NABF belts who now holds the ABU title - is due to make the mandatory defence of his SA title.

That means Mchunu must face No1 contender Phuzi. But trainer Alan Toweel Junior says there is no way that Phuzi will face the accomplished and experienced Mchunu now.

Hunter feels Mashitoa has chance to win
Sport
3 years ago

Mchunu - who is trained by Sean Smith - has 20 wins in 25 fights while Phuzi is a rookie of seven wins from as many boxing matches.

Toweel said in the event Boxing SA orders Mchunu to face Phuzi, he will personally write to the governing body and ask for leeway. "Akani will step aside," said Toweel.

The second-highest rated contender is Chris "The Wolf" Thompson, who is trained by Smith's older brother Peter. Automatically, that match-up between Mchunu and Thompson will not happen.

Toweel instead confirmed that Phuzi will put his WBA Pan African title on the line against Sabiti "Buffalo" Maroy of Congo in Randburg on March 31.